An international fundraising campaign has been launched to rebuild Notre Dame Cathedral after the centuries-old landmark in the heart of Paris was devastated by fire on Monday.

The cathedral of Notre-Dame de paris is seen the day after the massive fire that ravaged its roof. Image by Chesnot/Getty

Thousands of stunned Parisians and tourists took to the streets on Monday to watch in horror as a fire engulfed the iconic Notre Dame Cathedral, destroying its spire and a large part of the roof.

A firefighter hoses down a section of Notre-Dame Cathedral. Image by Dan Kitwood/Getty Images

After fire crews battled the blaze for hours, emergency services confirmed on Monday night that the medieval cathedral's two main rectangular towers had been "saved and preserved" but the city's deputy mayor said that Notre Dame had suffered "colossal damages" that could take decades to repair.

People pray and look on as firefighters dousing flames to extinguish the fire at the Notre Dame cathedral. Image by Mustafa Yalcin/Anadolu Agency/Getty

French president Emmanuel Macron declared a national emergency after visiting the site on Monday night and donors from across the world pledged funds to restore the 850-year-old Gothic masterpiece. France's richest man Bernard Anault - who owns luxury goods conglomerate LVMH - became one of the biggest benefactors to the campaign, pledging to donate €200m (£170m), while Francois-Henri Pinault, chief executive of the Kering group (home to Gucci and Yves Saint Laurent) pledged to give €100m ((£86.3m). The Bettencourt family, one of the richest dynasties in France part-owners of cosmetics giant L’Oréal, will contribute €200m, while international donors from Italy, Russia and the US have also pledged significant contributions.

Firefighters secure Notre-Dame Cathedral in Paris in the aftermath of a fire that caused its spire to crash to the ground. Image by Bertrand Guay/AFP/Getty

The New York-based France Heritage Foundation set up a "national collection" on its website and Valerie Pecresse, president of the Ile-de-France region, revealed a budget of €10m (£8.64m). The mayor of Paris, Anne Hidalgo, said the city would provide €50m (£43m) with an international donors’ conference to follow. A range of fundraising events have already been announced, including benefit matches featuring France’s World Cup football champions and a concert on Saturday night, which will be aired on French television.

A number of fundraising pages have appeared on the website GoFundMe but there are concerns about the legitimacy of some of the campaigns. Potential donors have been asked to wait for details of the official fundraising campaign, which will be announced by the French government in the coming days.

Efforts are being made to salvage the art and historic pieces stored inside the 12th-century building, which receives up to 14 million visitors per year. Among its priceless artefacts are the crown of thorns - a Catholic relic which is displayed on Fridays during Lent, the 8000-pipe great organ and Nicolas Coustou’s sculpture Descent From the Cross.

Cathedral of Notre Dame, Paris, France before the devastating fire. Image by Shutterstock

The cause of the blaze is unknown but officials said it was possibly linked to ongoing renovation work. Unesco's director Audrey Azoulay said there was "huge emotion" and the organisation "stands alongside France to help safeguard and rebuild this inestimable piece of our heritage".

In Photos: Notre Dame through the centuries

In photos: Notre Dame through the centuries 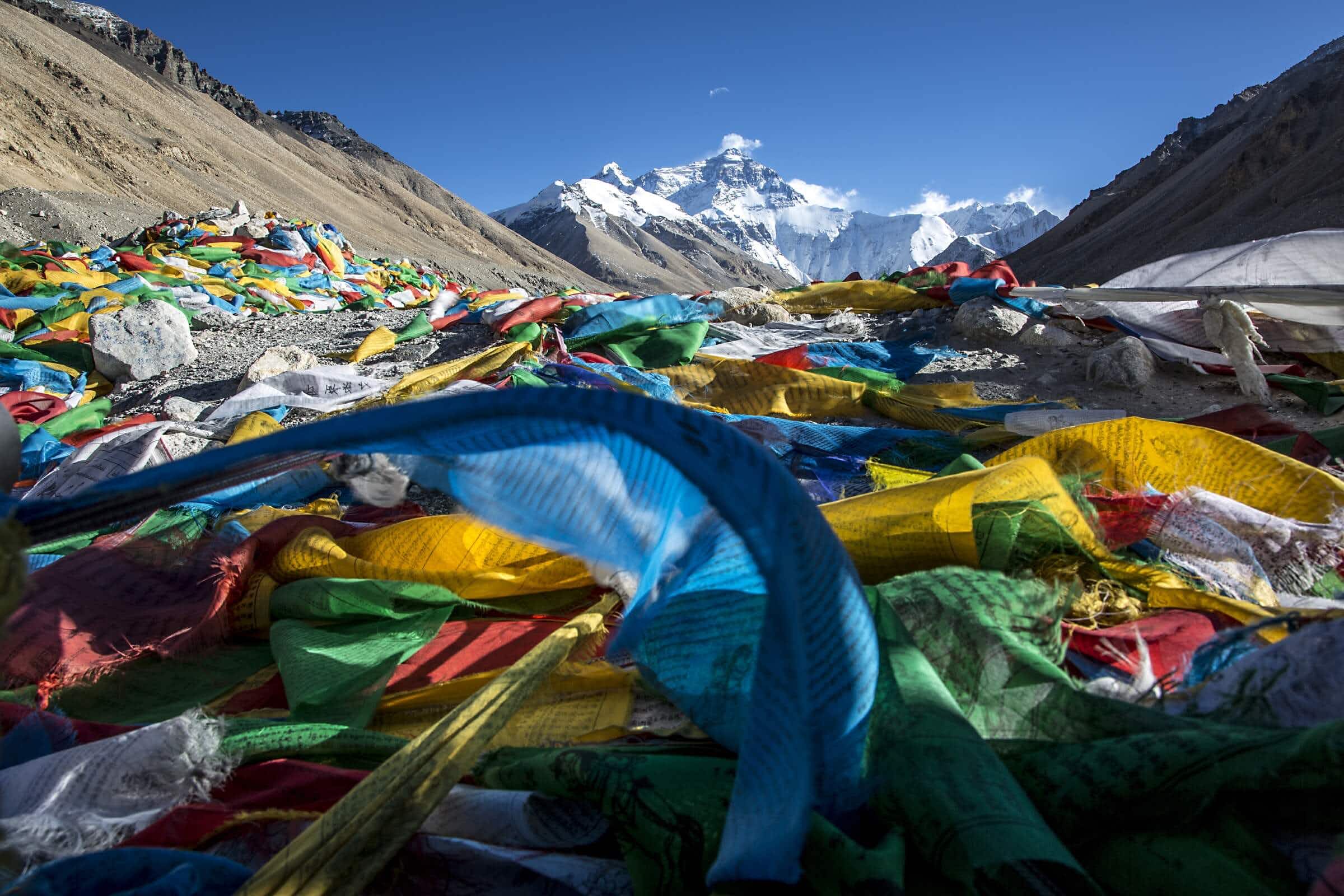 Tibet’s Everest Base Camp is closed to tourists