All it took was a brief encounter between a baker and his apprentice in Landernau, north-western France, but that chance conversation may have changed the course of French culinary history forever – at least for the humble baguette.

The long, beloved, arrow-straight bread, oft heralded as a symbol of the nation, has now been baked with a fold in it, so cyclists can fit it into their rucksacks without so much as a snap. The modern makeover was the brainchild of Nicolas Le Darz, the eponymous owner of the Le Darz. He intially attempted to bake a horseshoe-shaped loaf because his trainee mentioned that his father, a keen cyclist, found it hard to carry a baguette in his bag without leaving a pile of crumbs.

By marking up the loaf for €1 and selling the idea on the company’s Facebook page, Le Darz has seen interest in his baguettes du motard (biker baguettes) rise sharply and he is now baking 30 loaves each day and up to 50 on the weekends. With one eye on the dough, other boulangeries are sure to follow suit; a baker from Switzerland has already contacted Le Darz to ask him how he does it. But, for now, no other bakery in France sells the biker baguette. 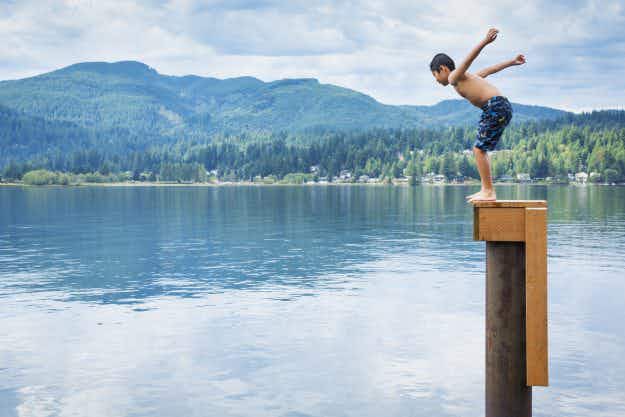 What kids want from holidays – strong Wi-Fi, pool and…