The Beatles once wanted everyone to live in a yellow submarine, but a Belgian architect is opening up a novel way  to live underwater in our oceans, saying it makes much more sense to do so before trying to survive on Mars.

Rio de Janeiro, off which Belgian architect Vincent Callebaut plans for underwater ocean scrapers would be built Image by Pedro Angelini / CC BY 2.0

Vincent Callebaut's blueprint shows how we could build ocean skyscrapers that extend a kilometre down into the water – and his futuristic plan is to use 3D-printed plastic waste as the building material.

The water city – called Aequora – would be located off Brazil’s coast near Rio de Janeiro and the recycled plastic taken out of the ocean to help conservation would go back in as a structure where 20,000 people could live.

It wouldn’t just be sleeping quarters, news.com.au reports that the water city would also house hotels, offices, science labs, sports pitches and farms across its 250 floors.

Mr Callebaut said there was no need to worry about weather change as the building’s jellyfish-like geometry would be an aid to high water currents, earthquakes, storms and all other natural water movements.

Food in this underwater world would be collected from algae, plankton and molluscs, and he also revealed that there would be ‘farmscrapers’ on top of the structures where vegetable gardens would be set up to feed the colony below.

There would be a very green theme to power and transport with fuel for such systems coming from seaweed while the city too would be run on renewable energy.

Mr. Callebaut emphasised that oceans produce half of the earth’s oxygen, meaning it was our environment’s most active lung.

He said because of that, they were worth cleaning up, fighting their acidification and restoring them to what they once were.

The futuristic underwater life would require the population to wear gill masks to breath underwater.

This week's top stories from around the world 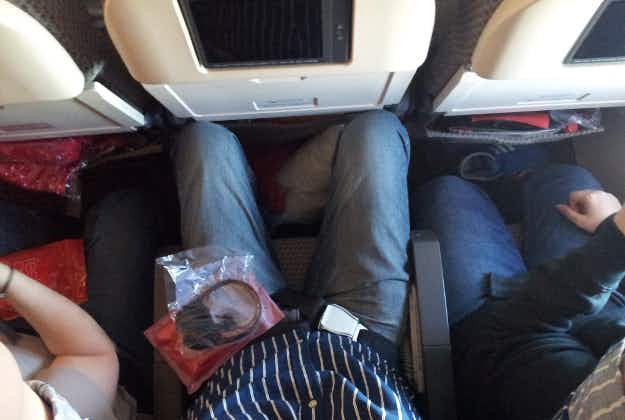