After an absence of almost 40 years, the first US cruise ship has arrived in Cuba.

The port of Havana, Cuba welcomed the Adonia Cruise ship from America following decades of sea travel restrictions between the two countries Image by Stephen Colebourne / CC BY 2.0

The crossing of the Florida Straits from Miami to the Cuban capital, Havana, was an official renewal of commercial sea travel. This followed the Cold War fallout which saw commercial activity limited between the nations.

Cruise ship travel between US and Cuba is expected to be worth tens of millions of dollars to the island nation over the coming years Image by Roderick Eime / CC BY 2.0

The Adonia vessel from the Carnival Cruise Line had the honour of being the first to dock as part of agreements reached between US President Barack Obama and his Cuban counterpart, Raul Castro, 18 months ago. A large crowd of workers and passersby gathered to watch and cheer the ship's arrival. It is now envisaged that thousands of vessels will cross the Florida Straits every year.

The Mercury News reports that the straits were blocked during the Cuban Missile Crisis by the US. Since then, thousands of Cubans have crossed on homemade rafts, with many dying in the process. Cruises from the US are expected to boost the Cuban economy by tens of millions of dollars. Carnival plans to cruise the Adonia from Miami to Havana every two weeks. Before the Cuban revolution in 1959, cruise ships regularly travelled between the two countries. Norwegian Cruise Line has announced that it is currently in negotiations with the island authorities with the aim of introducing cruises from the US to Cuba this year. However, cruise dockings will be hampered as the port can only handle two ships at a time. 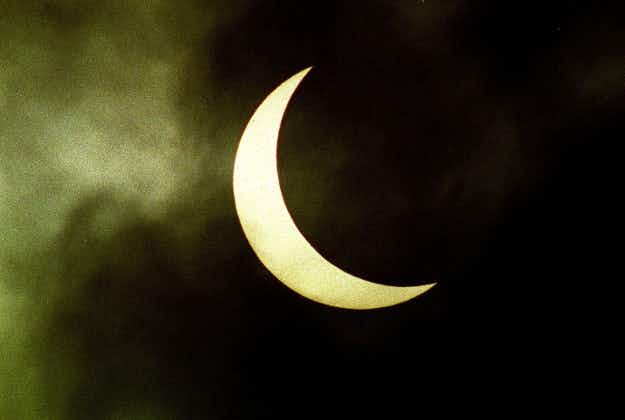 Some hotels already booked out as US prepares for solar…

Hold your breath: watch as American tightrope walker highlines across…