Travellers have been asked to play a role in combating the illegal trade in wildlife worldwide, which is endangering elephants, rhinos, tigers, sun bears, pangolins and other species vulnerable to extinction.

Milli, one of two sun bears at Chester Zoo who were originally rescued as cubs by conservationists working in Cambodia after their mothers were killed by poachers and they were found as mistreated pets. Image: Chester Zoo

By using a new free smartphone app called Wildlife Witness to report any suspected incidents they observe while abroad, tourists can play a role in tackling illegal wildlife trade, which is worth $19 billion annually and is the fourth biggest international crime after drugs, arms and human trafficking.

A tiger skin used as a rug. Image: Wildlife Witness/Traffic

The app allows tourists and locals to take a photo, pin the exact location of an incident and send the details to TRAFFIC, the international wildlife trade monitoring network. It is part of a global campaign by leading conservationists to save hundreds of species threatened with extinction due to illegal poaching and trade, which is the greatest direct threat to the future of many of the world’s most iconic species, including rhinos, elephants and exotic birds.

More than 20,000 elephants and 1,000 rhinos were poached in Africa in recent years for their ivory and horn retrospectively, and according to TRAFFIC’s South-East Asia regional director, Dr Chris Shepherd, there has been an unparalleled spike in illegal wildlife trade lately. “Sadly, animals are being illegally killed or taken from the wild around the world to be sold for traditional medicines, luxury food, horns and other parts, restaurant dishes, fashion items or pets,” he explains. “We want people to be the eyes and ears in the fight against illegal wildlife trade.”

The initiative is being led by Chester Zoo in England, Taronga Zoo in Australia and San Diego Zoo in the US, and already many incidents reported through the app have been referred to law enforcement agencies for action. Scott Wilson, head of field programmes at Chester Zoo says that travellers have a vital role to play in noting and reporting anything suspicious. “Zoos are delivering projects across the globe to help save endangered species from extinction but we can’t do this on our own,” he says. “We need everyone to help.” More information can be found on Chester Zoo’s conservation website here. 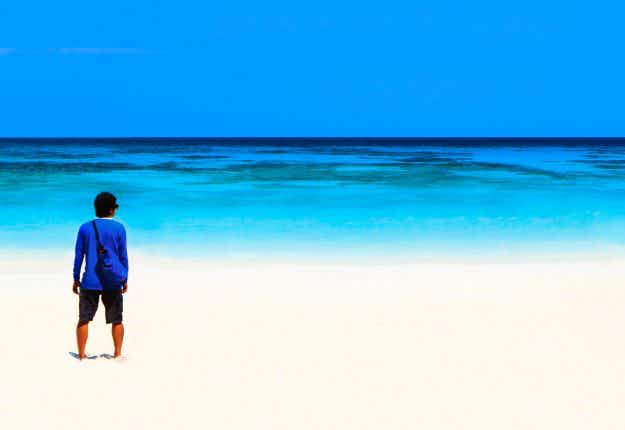 Koh Tachai closed to visitors in an effort to protect…