One of the most famous battles in European history, the 1812 Battle of Borodino, will be re-enacted on 3 September this year at the village of Borodino just outside Moscow.

The annual re-enactment is a great event for history and military buffs, complete with thousands of Russian and French participants, period uniforms and weapons, horses, carts and tents. A dress rehearsal takes place the day before the ‘battle’, and visitors are welcome to come early.

Members of historical clubs, dressed as French soldiers and Russian soldiers take part in the re-enactment of the 1812 battle between Napoleon's army and Russian troops in Borodino, some 120 km outside Moscow on September 2, 2012 during the celebration of the battle's 200th anniversary. Image by KIRILL KUDRYAVTSEV/AFP/GettyImages

The battle was a turning point in the Napoleonic Wars (known as the Patriotic War of 1812 in Russia and the last stand of the Russian army which tried to stop the French march towards Moscow. Although Napoleon was victorious, he then had to face the Russian winter and ultimately retreat with huge losses. Borodino was later immortalised in Leo Tolstoy’s epic novel War and Peace. The nearby Saviour Borodino Monastery, built by the widow of an officer who died in the battle, was where Tolstoy stayed while writing about the historic event.

The Borodino Museum provides a useful overview of the battle through an interactive diorama and exhibits which include original uniforms, weapons and documents. Scattered across the fields are monuments marking the main sites of the fighting and the headquarters of the French and Russian armies (led by Napoleon and General Kutuzov respectively), as well as memorials to specific divisions and generals who took part in the battle.

Interestingly, Borodino was turned into a battlefield once again during WWII, when the Russian Red Army confronted the Nazis on the very same site which formed the Soviets’ last defense line before Moscow. History repeated itself, and the Germans won the battle but lost the war, just like Napoleon more than a century before them. Trenches from that time and WWII memorials can also be seen here today. 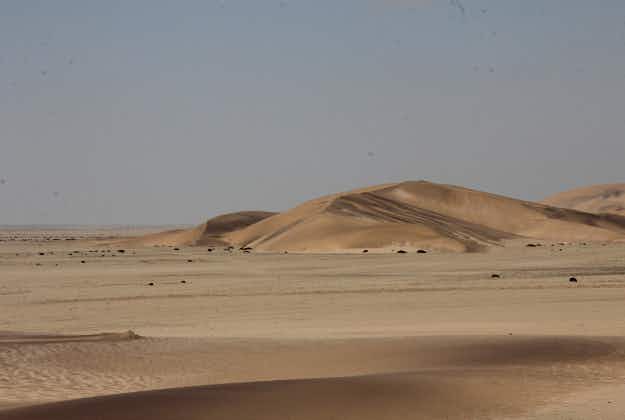 Visitors to Namibia urged to follow rules and protect biodiversity…