A much-anticipated exhibition exploring the art of the selfie opens in London today at the Saatchi gallery.

'From Selfie to Self-Expression' at the Saatchi Gallery. Image by: Getty

From Selfie to Self-Expression, is one of the first exhibitions to explore the selfie phenomenon and examines it as a form of artistic expression. Featuring artists as diverse as Tracey Emin, Van Gogh, Rembrandt and Cindy Sherman, the exhibition looks at the history of self-portraits through the years and shows how ordinary people are now creating forms of art on their smartphones.

The gallery asked people around the world to post their most interesting selfies. Image by Getty

The gallery encouraged members of the public to take photos of themselves and submit them for inclusion in the exhibition, which occupies a floor of the gallery in London’s Kings Road. Boasting the most social media followers of any gallery in the world, the exhibition is showing some of the most famous selfies of the last decade, which includes Ellen DeGeneres and a group of Hollywood actors at the Academy Awards in 2014, actor  Benedict Cumberbatch ‘photobombing’ a press shot with U2 at the Academy Awards in the same year and  the Danish Prime Minister Helle Thorning-Schmidt and former US President Barack Obama and former UK Prime Minister David Cameron at the memorial service for Nelson Mandela.

Nigel Hurst, chief executive officer at the gallery, described the smartphone selfie as an example of a shift in society using technology as a means of self-expression. He said: “In many ways, the selfie represents the epitome of contemporary culture’s transition into a highly digitalised and technologically advanced age as mobile phone technology has caught up with the camera.  The exhibition will present a compelling insight into the history and creative potential of the selfie.”

Was this an early selfie from Vincent VanGogh? Image by: PA/Saatchi

Glory Zhang, of Huawei, the technology company who are sponsoring the exhibition said: “The smartphone has become a tool of artistic expression. The selfie generation is becoming the self-expression generation as each of us seeks to explore and share our inner creativity through the one artistic tool to which we all have access; the smartphone.”  The exhibition runs until the end of May.

Could sipping from a tequila cloud entice you to visit… 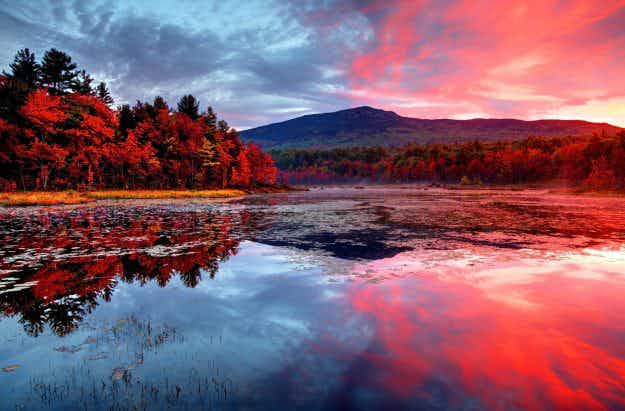 The best states to retire to in the US have…