Video: this is what Edinburgh would have looked like 500 years ago

With its immaculately preserved New and Old Towns, the city of Edinburgh in Scotland is rightly considered one of the most beautiful in the world.

Now its famous Old Town, a UNESCO World Heritage Site, is being brought back to life as it would have looked almost five hundred years ago. The lost townscape of the medieval city has been recreated by a team of researchers at Scotland’s University of St Andrews. The project is expected to be completed by May but a sneak peek of how it will look is available through this teaser video.

The evocative virtual reality tour brings visitors back to an Edinburgh of muddy puddled streets, timbered houses, although the winding hilly streets will be familiar to anyone who has ever visited. There are however, no Bravehearts wearing kilts or carrying claymore swords so you’ll have to use your imagination for those. The ‘virtual binocular’ tour uses a drawing of the city from 1544, which is thought to be the earliest accurate depiction of the Scottish capital.

It will be released as an app and through the web when complete in May and was a collaboration between historians, artists, and computer scientists. It gives a picture of the city just before it was sacked and burned by an English army led by Edward Seymour, the Earl of Hertford.

Dr Bess Rhodes said: “For the first time visitors and residents can compare the city they know with the capital of James V and Mary Queen of Scots. It has been amazing seeing the recreation of a lost townscape.” The recreation focuses on how Edinburgh’s famous Royal Mile would have looked five centuries ago.

The Royal Mile, the city’s historic spine, is still the biggest draw for visitors from near and far, running between Edinburgh Castle and Holyrood Palace. Along the way, travellers can see St Giles’ Cathedral, the Scotch Whisky Experience, the Camera Obscura and World of Illusions, and the new Scottish Parliament building. 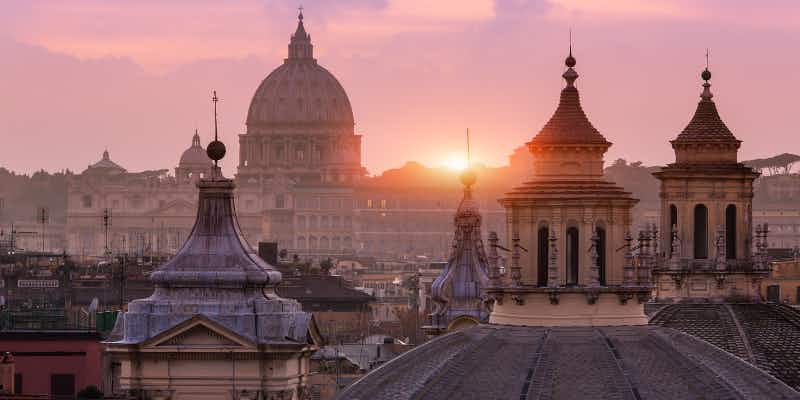 See what it's like to ride Europe’s highest and fastest…