As excitement around all things Star Wars continues, Disney has released a new 360-degree image of the beginning of construction work at its new theme park at Disneyland in California.

Star Wars-themed attractions are coming to both Disneyland in Anaheim, California and Walt Disney World in Orlando, Florida.

The 360-degree image shows the park in California, where there is a 14-acre construction site for the new area, which has been digitally enhanced to provide a glimpse of some Stormtroopers, R2D2, BB-8, a TIE fighter, an AT-AT and more, reports the LA Times.

According to Disney, the new lands will transport guests “to a never-before-seen planet inhabited by humanoids, droids and many others”. The Star Wars-themed areas will be the largest-ever single-themed land expansions at the two parks.

While only some details about the new areas have been released, Disney previously announced that they will include a virtual reality ride that allows fans to steer the famed Millennium Falcon and fight a battle between the Resistance and the First Order. 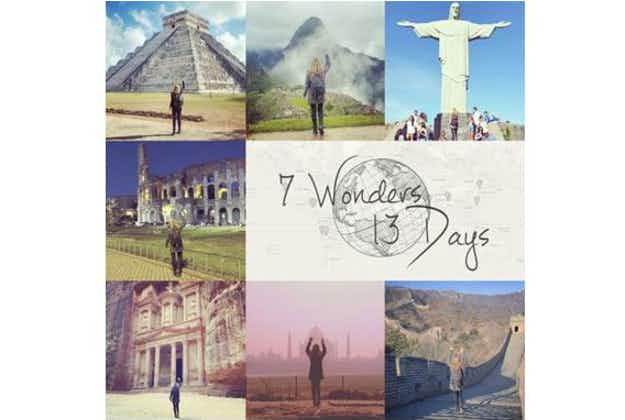 Seven wonders in 13 days: meet the woman who took…