Archaeologists have discovered nearly 700 bottles containing ancient antidepressants and heart disease drugs on the site of the ancient city of Bathonea, on the shore of Lake Küçükçekmece in Istanbul’s Avcılar district. These findings could shed light on a portion of Istanbul’s history.

Excavation leader Professor Şengül Aydıngün said that this collection of unguentaria (glass and ceramic vessels) is the largest haul of its kind ever discovered in an archaeological dig. She told Hürriyet Daily News that the team also uncovered pestles, mortars, cooking equipment, medical tools and spatulas, leading them to believe that there was a drug production centre on the site. She said analysis of the bottles revealed them to contain methanone and phenanthrene, drugs made using plants that were also found on the site.

Stained glass unguentaria from Italy, similar to those found in Istanbul that contained ancient antidepressants and heart medicine. Image by De Agostini / A. De Gregorio

Aydıngün's team discovered a large fire layer in the Bathonea excavation field and said this could be crucial in unlocking the secrets of Istanbul's history. “The fire is estimated to have occurred between 620 AD and 640 AD, which is an important date range. During these dates, there were attacks against Istanbul from Thrace. There was also a serious attack from the Avar Empire in 626 AD”, she said. “There is a big group of structures in the field of Bathonea.

This structure group was almost demolished by the fire. And the bottles remained under this fire layer. This may be evidence of the Avar attack. Historical documents mention this attack, but we have not found archaeological evidence. If it becomes clear, the Bathonea excavations will be the first archaeological evidence for the Avar attacks”. Previous excavation work at Bathonea has shown the city to contain the oldest evidence of agricultural activity in Europe, dating to 7000 BC. 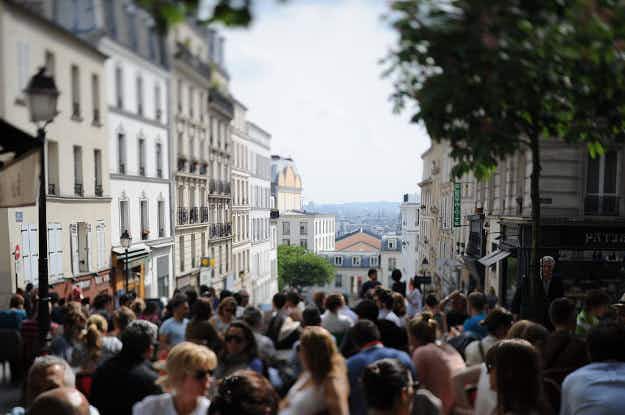 Loosen those purse-strings, Paris wants to extend Sunday shopping in…

Giraffes come with breakfast at this Kenyan hotel - at…