A photojournalist has shared a series of incredible images that offer a truly fascinating glimpse into the daily life of a group of Buddhist monks living in the freezing hills of the Ural Mountains in Russia.

The images were taken by Amos Chapple, a photojournalist with Radio Free Europe who made the tough journey to meet the people living and practising there. The monastery was founded twenty-one years ago by Mikhail Sannikov, a 55 year-old former commander in the Soviet Army who turned to Buddhism for peace of mind, after being discharged following serious injuries. Sitting 888 metres above sea level on the peak of the mountain, the name of the monastery is Schad Tchup Ling, meaning “place of practice and realisation”. Hiking to the monastery can take up to seven hours in heavy snowfall, through a seven-kilometre-long forest trail. Those living there are required to sled down to the nearest village to collect food supplies.

What began as a single wooden shack in 1995, has grown into a complex that features living quarters, a communal kitchen, a sauna and a large Buddha statue. Eight people live in the monastery full time, with several regular visitors who come and go, making the tough journey to pay their respects at two of the shrines. Thousands of tourists make the journey every year to meet the monks, who take turns being stationed on the mountain as lookouts for incoming guests. According to Sannikov, all are welcome there, as long as they are good people who stick to the rules that include no alcohol or rough language, and are prepared to put in five hours of work per day and take part in group meditation, which runs daily from seven to eight am.

The future of the monastery is unsure however, as the land that it sits on holds iron ore and has been claimed by Evraz, a company belonging to businessman Roman Abramovich. Despite a planned demolition date of 1 March, Sannikov said that he does not plan on moving, and wants to open a school of Buddhism on the site.

Evraz has offered to assist the monks with moving the monastery to another location, but the Buddhists say that the site and the buildings that they have raised are sacred. A petition to save the monastery has drawn thousands of signatures, while some locals have argued that the monastery is standing in the way of the town of Kachkanar, which relies heavily on the iron ore industry.

Join the women of Panama as they kick off the… 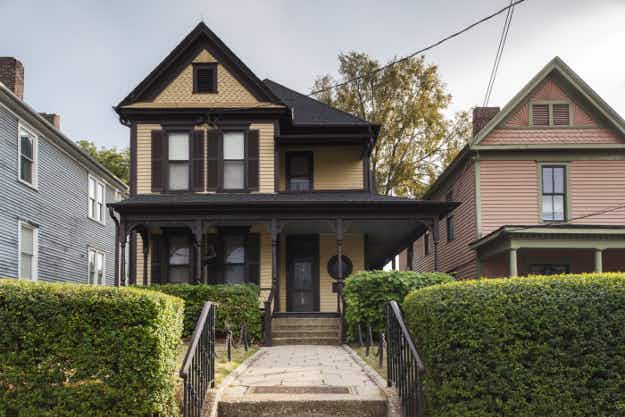