A petrol station and its surrounding area from the Texas Chainsaw Massacre are to open as a hotel this summer!

An Ohio businessman, Roy Rose, has taken over the Last Chance petrol station that was used in the 1974 cult classic, and is painstakingly restoring it to turn it into a hotel by the middle of the summer. Along with the petrol station, several wooden cabins are also being built on the nearby Colorado river in Bastrop, Texas.

The restoration project also includes a memorabilia-filled museum, a restaurant, a smoker house, and a replica of the ‘We Slaughter Barbecue’ sign that appears in the movie has also been installed.

Many of the film's props will be replicated to recreate the cult classic in all its details.

Whilst the motel is still in the building phase, it has a Facebook page already which says that work should be finished by mid-July, and that the hotel will be accepting bookings starting from then.

As far as surreal and strange projects go, this one is pretty out there. But to top it all off, among the weird details of the Texas Chainsaw Massacre hotel, is the fact that the honorary guest at the opening is Edward Neal, the man who plays the deranged cannibal Nubbins Sawyer in the 1974 film.

The Texas Chainsaw Massacre became an instant cult classic when it came out in 1974. It shocked viewers and was soon banned in many countries and developed a fan base and cult status on the back of its shocking goriness. The movie was produced on a tiny budget of around $300,000.

It’s anticipated that the Chainsaw Massacre hotel will draw tourism to this normally sleepy and out of the way area of Texas, and particularly to the quiet town of Bastrop that’s best known for its music scene of bluegrass and jazz. Bastrop has also previously served as the location for several other movies. 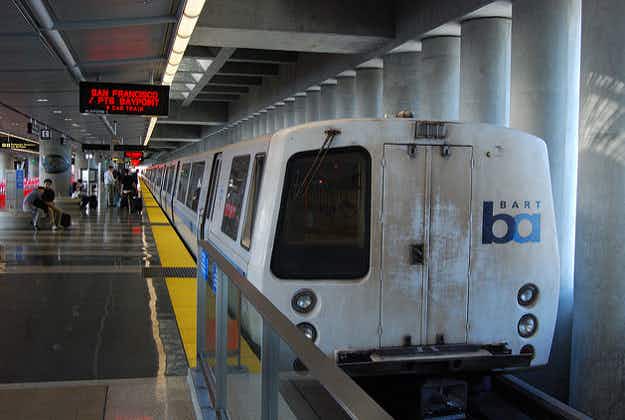 BART metro system gets a makeover in San Francisco Bay…

Virtual reality and new technologies increasingly a part of the…