Visitors to Copenhagen’s Botanical Gardens may be advised to take a nose-peg, as a rare plant known as the “corpse flower” is currently in full bloom.

Amorphophallus titanum is native to the rainforests of western Sumatra and it’s not uncommon for the plant to go without flowering for around seven to ten years in its natural habitat. But with the care and attention of resident experts, the specimen at the gardens has come into bloom for the third time in just six years. “It’s happening because we are incredibly lucky,” said gardener Rasmus Kloster in a press release. “We have a genetically magnificent specimen and it is cared for to our best abilities.”

While the plant is thriving, those who come close will soon realise how it came to be known by its common name, the “corpse flower”; it gives off a pungent smell of rotting flesh, which it uses to attract pollinating insects that are attracted to dead animals. Aside from a serious case of B.O., Amorphophallus titanum is one of the largest flowering plants on the earth and can grow up to three metres in height. When the plant in Copenhagen last bloomed in 2014, it reached 1.91 metres, and they captured the event as a time-lapse video:

Once the flower has fully opened, sadly it only lasts up to 48 hours before it begins to wilt, but Kloster is confident that those who can’t make it in time to catch this moment of glory won’t have to wait too long for the next one. “Genetics play a major role and now that it has bloomed for the third time in six years, we can almost set a clock to it and I won’t be surprised if it blooms again in another two years,” he said. 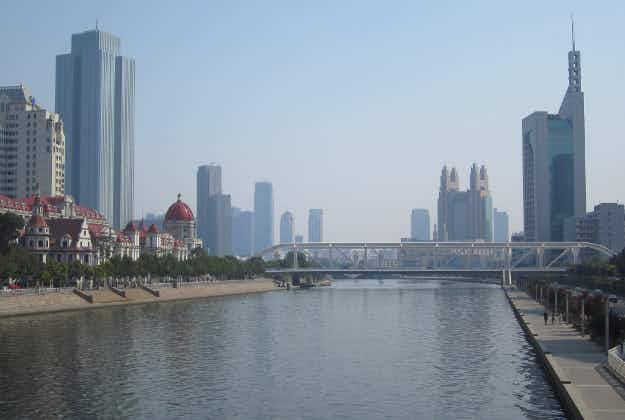 Travelling from the UK to China has just got easier…

This amazing new window shade could power your laptop on…