Coming to a city near you: more real world Amazon bookstores in the pipeline after Seattle success

Online retail giant Amazon.com, long considered to be the nemesis of traditional booksellers, has seen such success from its first bricks and mortar bookstore in the University District of Seattle, that it is planning more.

The second Amazon bookstore is to open in San Diego this summer and chief executive Jeff Bezos confirmed this week that there in an intention to create more real world bookstores.

An unexpected increase in the sales of print books globally over the last six years, has seen an improbable comeback in bookstores in urban centres.

Amazon's first real world store is slick, tech-friendly and stocked with a carefully chosen stash of real books complete with accompanying customer reviews, It is attempting to appeal to Seattle’s large army of avowed bibliophiles many of whom prefer the cosy informality of a classic book shop to the click of a mouse.

Ironically, the city that spawned Amazon guards one of the best collections of indie bookstores in the US. Established local operators include University Book Store, a veritable book emporium founded in 1900 that offers the kind of well-informed personal touches that online shopping can never replicate.

Equally revered is Elliott Bay Book Company where a tranquil cafe, a team of well-read staff and regular author signings provide multiple excuses to linger. Lower down the food chain are more specialist booksellers such as Metsker Maps (travel) and Fantagraphics (graphic and comic-strip). Next come esoteric neighbourhood haunts like Ophelia’s Books in Fremont that peddles dusty second-hand tomes and keeps a resident cat.

Despite its multi-million dollar backing, Amazon isn’t the only new bookstore to adorn Seattle’s cityscape. Smaller indie operators have also been popping up in the outskirts. Ada’s Technical Books is a beautifully designed bookstore and café in Capitol Hill where you can sip cappuccinos over Kurt Vonnegut. Phinney Books is a small neighbourhood nook in Phinney Ridge that was opened in 2014 by an ex-employee of Amazon. 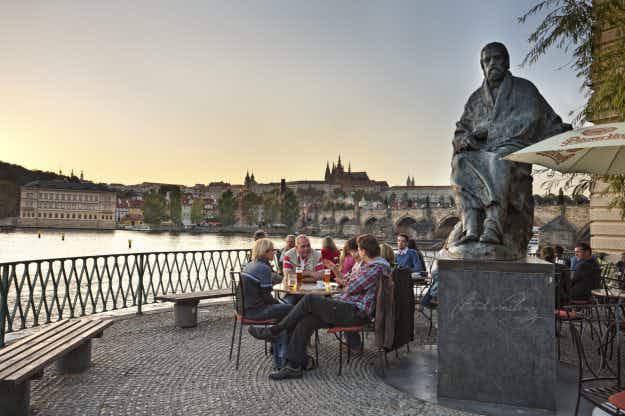 Looking for cheap drinks on your next European city break?…

See how destinations in China are transformed with paper cut-out…