This luxurious two-bed London houseboat which started out life as a grotty coal barge could become your next weekend getaway, if you have  £325,000 to spare.  These images show how the barge has kept its traditional look on the outside but the interior has been beautifully renovated.

The spacious living area is deceptively modern. Image by The Modern House / mediadrumworld.com

The spacious living area  has lots of  modern touches  but retains much of the original woodwork and the original Goodin wood burner, which was salvaged during the restoration. Located in London's  Poplar Dock Marina, this elegantly-refurbished houseboat is on the market now with a permanent residential mooring fee of approximately £993 a month.

This London houseboat started out life as a grotty coal barge. Image by The Modern House / mediadrumworld.com

The boat is a traditional Humber Keel. Built in 1924 by Dunstons of Humberside, the barge would have originally been used for working in shallow waters along the Humber, transporting inland and onshore cargo such as steel and coal. As the transportation of goods evolved, there became less need for vessels like these. Beecliffe has changed hands several times as a houseboat, including a short period moored along the banks of the Seine in Paris during the 1960s.

The original Goodin wood burner, which was salvaged during the restoration. Image by The Modern House / mediadrumworld.com

The houseboat offers two bedrooms and two bathrooms in a great setting in this gated marina community amongst the city. According to The Modern House, living accommodation now measures approximately 812 square feet and includes a large open-plan reception/dining area, modern galley kitchen, and a master bedroom with en-suite bathroom, snug and desk area. There is also a ‘characterful’ twin room that is accessed via the engine room.

The barge has kept its traditional look on the outside. Image by The Modern House / mediadrumworld.com

The wheelhouse, which has also been fully restored, has 360-degree glazing and opens onto a large decked terrace that has views of the surrounding marina and nearby Canary Wharf. Poplar Dock Marina is a well-established and incredibly sedate community of houseboats
within sight of Canary Wharf, where a wide range of restaurants, cafes and increasingly popular shopping facilities are located. Local transport includes DLR services into The City (Tower Hill) via Blackwall station, River Bus services east towards Greenwich and west to Vauxhall/Nine Elms Lane via The City.

The houseboat is moored in the Poplar Dock Marina. Image by The Modern House / mediadrumworld.com 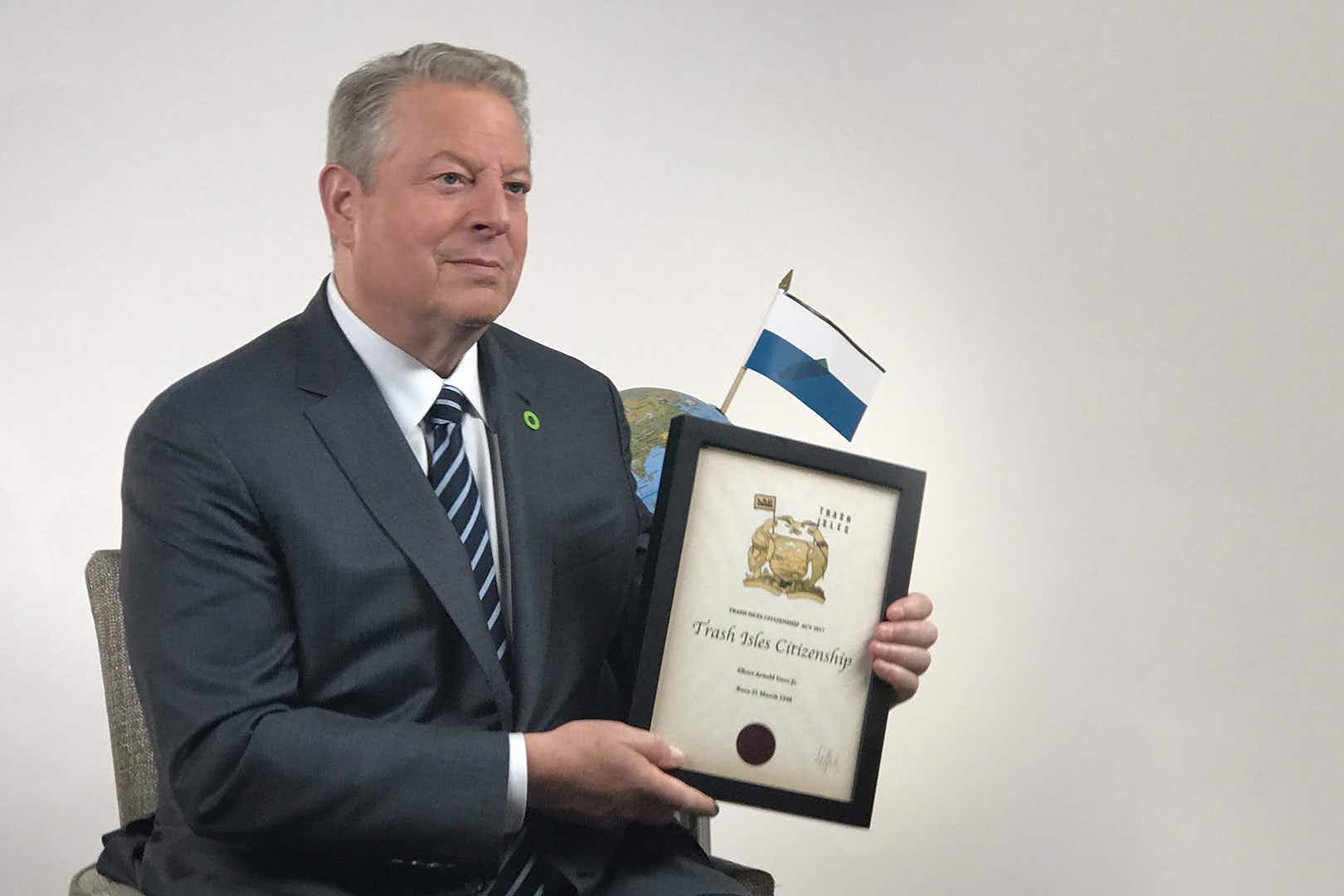 Al Gore and Mo Farah have become honorary citizens of…