Chinatown in New York is one of the oldest and most culturally diverse neighbourhoods on the island. And now Philip Chong – a young developer – is planning to open a modern market hall in the area in a bid to cater to ‘young, energetic, downtown creatives’ in the cultural melting pot. The people behind Canal Street Market are hoping that their multi-vendor space will open for business this autumn.

View of Chinatown from Manhattan bridge. Image by: Getty Images

It is understood that the retail vendors will be the first to debut to the public in October, while the food and drink stalls and hawkers will follow their lead onto the scene in November.

The 12,000 square foot space will be located at 265 Canal Street between Broadway and Lafayette along the border of SoHo, Chinatown and TriBeCa in Lower Manhattan. And there will be as many as 11 vendors, including Davey Ice Cream and trendy tea shop Boba Guys, according to NY Eater.

As well as stores and stalls, the modern bazaar will also include an eating area as well as a ‘residency glass portal’ which will host artists and offer them a contemporary space and chance to display their work while contributing to the concept. The ‘portal’ is set to be a 100 square feet glass room and the team behind Canal Street Market recently said that they were ‘completely thrilled’ to announce that Stef Halmos ‘will be participating in our artist residency glass portal from 31 October through  10 November’.

Completely thrilled to announce that @stefhalmos will be participating in our artist residency glass portal from Oct 31st through Nov 10th. Watch her creations come to life at 265 Canal Street. See you there!!! #squishes #titsandguts #stefhalmos #canalstreetmarket #art #downtownnyc

Ms Halmos has said that she will be ‘working in a glass room, where you can come by and watch me make sculptures’.

Canal Street is more known for souvenir  and fake designer handbag stalls, and it is hoped the new food emporium will attract the 'modern urban consumer' to the area.

As many as 27 brands will be on offer in the new development, which is flagged as being a unique experience in comparison to the traditional stalls, markets and restaurants on offer in the Chinatown district, which attracts millions of tourists each year. 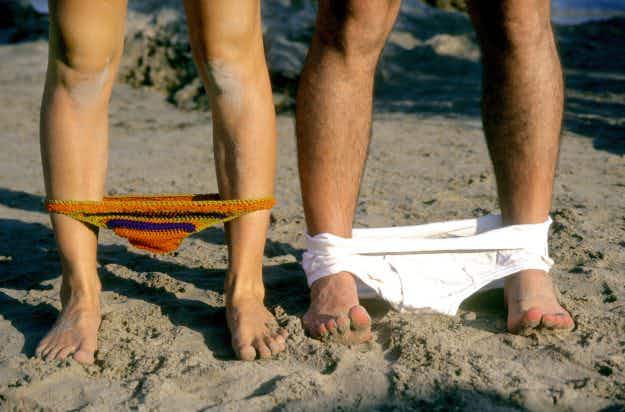 'Get nude or get lost'; brawl erupts on French nudist… 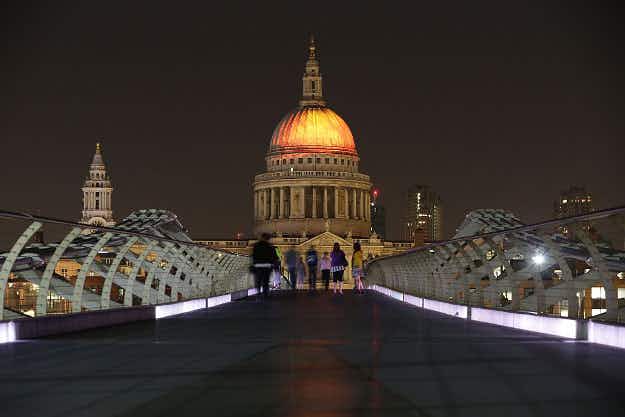 Watch London go up in flames at a festival to…