China will soon get its first suspension railway, joining Japan and Germany as the third country on earth to develop the technology.

The ‘sky train’ – an elevated monorail system where carriages hang from the track – was successfully run on a length of test track in Chengdu, a city most well-known as the home of the Giant Panda Breeding and Research Base. Sparing no chance to cash in on the panda theme, the new sky train carriages feature a white and black motif with oblong painted eyes and ears in the shape of China’s favourite animal.

Once in operation, the sky train will travel up to 60 kilometres-per-hour and hold around 200 passengers per train. They are also cheaper and easier to build than underground metro systems. Professor Yue Zhaohong from Beijing Jiaotong University told the China Daily that the “construction period of sky trains is also much shorter than that of subways, lasting only three to five months for dozens of kilometres of rails.” 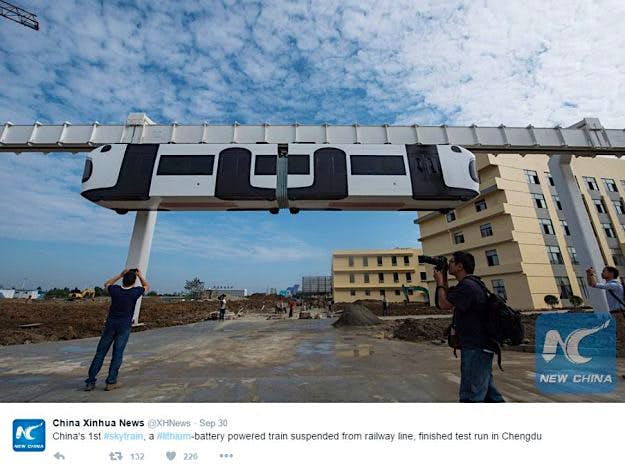 The Chinese sky trains run on lithium batteries, which can hold a charge for up to four hours; batteries can be changed within two minutes at stations. Zhai Wanming, chief designer on the project, told Xinhua that lithium batteries were chosen in part, because they are environmentally friendly. Sky trains are expected to be rolled out in several sightseeing spots around China in 2017. 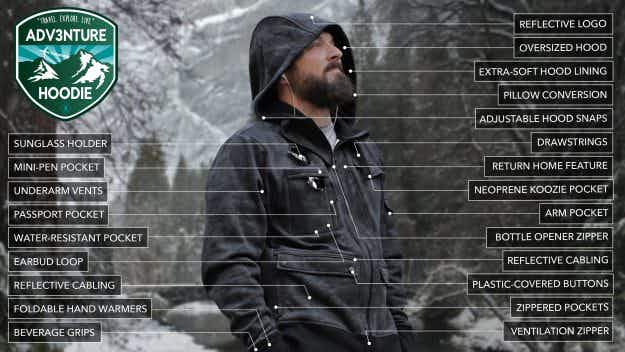 The adventure hoodie has 23 hidden features and is the…

See this orchestra in the sky delight passengers on a…