Tourism in the wild is being driven by the ‘charisma’ of animals with some species proving especially appealing for holiday makers.

Big cats, monkeys, whales, sharks and turtles tend to be “particularly attractive” for travellers looking for a wilderness experience, according to research. However, that means that areas with wildlife that lacks that certain je ne sais quoi can miss out unless they are marketed properly. A study by a South African university found that “charismatic species” tended to be one of the leading factors in bringing eco-tourists to certain areas.

However, other factors like camping, game drives, convenience, a sense of wilderness are also important to tourists. The research looked at what was attracting people to three separate national parks in South Africa: Kruger National Park, Table Mountain National Park, and the iSimangaliso Wetland Park (which is a UNESCO world heritage site).

The Kruger National Park was home to what they called the ‘Big Five’ – namely lions, leopards, buffalo, elephants and rhinos. Table Mountain on the other hand had less wildlife variety and was better known for its beautiful scenery and nature-based activities like hiking. Finally, iSimangaliso was more of a mix of the two with plenty of charismatic animals, an array of other species, and also nature-based activities.

They surveyed more than 1,000 visitors to the three parks – both national and international – and found they broadly fit two categories. There were those who were looking to see “big game” and the rest who had a broader interest in “other biodiversity experiences”. The second group were interested in landscapes, all types of wildlife, and also what the research described as a “sense of place”. These travellers were more likely to be women and also from South Africa, the research found. Anna Hausmann, lead author of the study, said: “Our results suggest that an increasing number of tourists are appreciating a wider biodiversity experience than only charismatic megafauna [large animals].”

One of the scientists involved in the research Enrico Di Minin explained to Lonely Planet how animal ‘charisma’ works. He said: “The factors that affect how tourists view animals are related to their unique features of eg being dangerous to humans (carnivores such as lion, tiger and wolf), strong (elephant and rhino), having unique behaviour (those living in groups such as wolf and lion), iconic species with religious appeal (rhino), interesting fur patterns or other body features (giraffe or rhino horns), their conservation status (critically endangered black rhino), being colourful (birds), intelligence (elephant), beauty, vigor.

“The problem is that thousands of other smaller and less charismatic species are often overlooked, meaning that it is more difficult to raise funds for their conservation or market sites (protected areas) where only less charismatic species are present. Our research, however, shows that more experienced tourists who visited protected areas more often are more interested in smaller and often rarer species.”

Check out the luxury Austrian hotel where pets checking-in get… 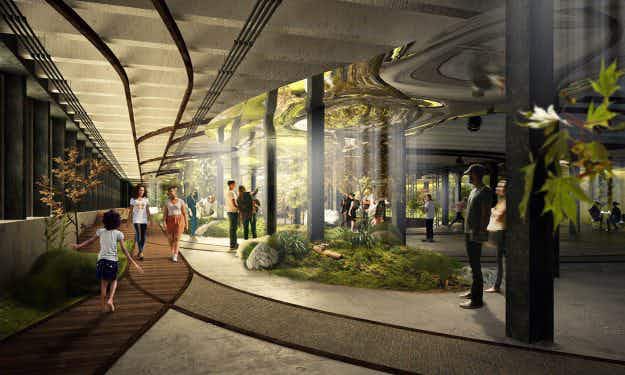 The world's first underground park is one step closer to…