Riding the subway in New York is an inevitable experience for visitors to the city, as is enduring the delays, dirt and smells that come with it. But one station is currently worth a special trip, as travellers will find an amazing tribute to one of the city’s most famous former residents, David Bowie.

A NYC subway station has been transformed for David Bowie. Image by Spotify

Broadway-Lafayette station has been transformed with art dedicated to the London-born music phenomenon. The installation is the work of music-streaming giant Spotify and coincides with an exhibition called “David Bowie is”, which is on at the Brooklyn Museum and was organized by London’s Victoria and Albert Museum.

A NYC subway station has been transformed for David Bowie. Image by Spotify

Exploring the musician's influence on music, fashion, culture, and New York, the extension of the exhibition is on at the station until 13 May. There are massive images of Bowie-inspired art, including that of pieces on display at the museum. As the project is made with Spotify, there are also special codes that will allow listeners to hear some music to go along with the experience.

For Bowie devotees, there are also special “Tickets to Mars” keepsake MetroCards that can be purchased there. Each one has one of five David Bowie personas, like Ziggy Stardust and Aladdin Sane. The Broadway-Lafayette station also has a map that points of some of the most important New York spots in Bowie’s life, which are nearby. That means travellers can find out just where to go to see places like Electric Lady Studios, where he recorded, or Carnegie Hall, where he performed.

Find the places most important to David Bowie's time in New York. Image by Spotify

Travellers who want to immerse themselves in the life of Bowie can visit the subway station before hopping a train to Brooklyn, where they can see the full exhibition. On display are objects drawn from the David Bowie Archive, which includes his original costumes, photographs and personal items. For Bowie fans, there’s no better place to be. 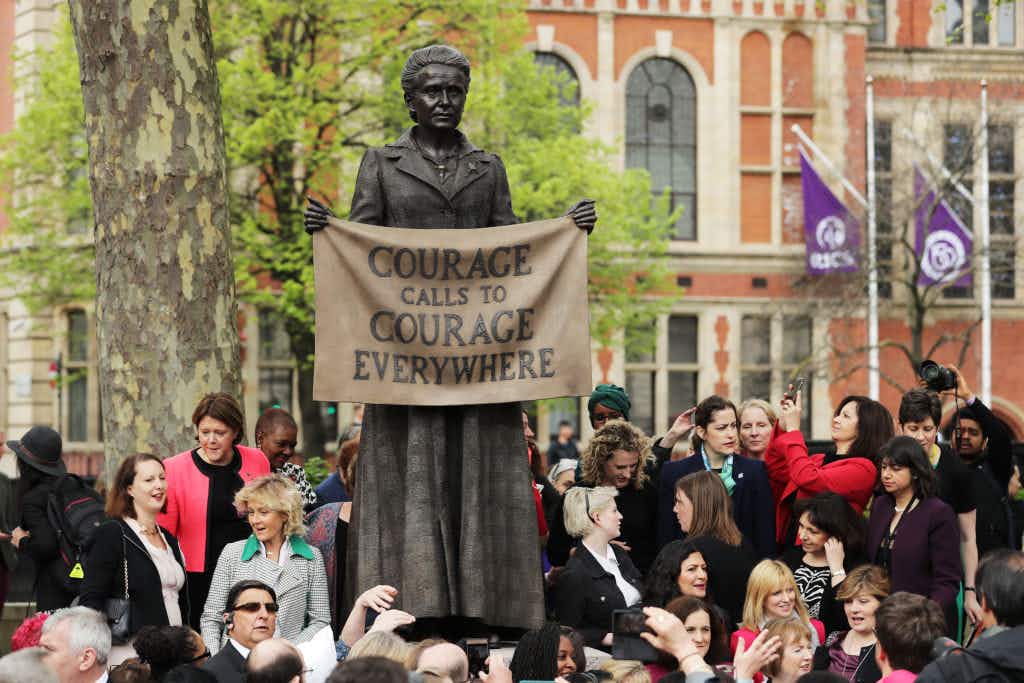 London’s Parliament Square has its first statue of a woman…