A huge new mural has been unveiled in the Bosnian capital Sarajevo, honouring the British musician David Bowie, who died of cancer this January.

The mural is 13 metres high and 10.5 metres wide, painted on a ruined building on the city’s university campus, close to a street that was known as ‘Sniper Alley’ during the Bosnian War. The mural portrays several of Bowie’s image transformations and bears the slogan ‘Fashion changes, but you'll always be my heroes’, paying tribute to Bowie’s hits ‘Fashion’ and ‘Heroes?’ It is intended to reflect the way that Bosnia has changed since the end of the war in 1995.

The idea to create a Bowie mural was originally suggested by local musician Vedad Trbonja, who sees Bowie as his ‘spiritual father’. The project was supported by thousands of Bosnian Bowie fans, as well as some of Bowie’s coworkers. Two local artists collaborated to create the mural, with Marvel comics illustrator Enis Cisic creating the design and painter Zoran Herceg taking a month and a half to turn it into a huge mural.

Though Bowie never visited Sarajevo, the group behind the mural believe he was moved by the suffering of Bosnians in the war. The musician bought a 1994 painting entitled Croatian and Muslim by the war artist Peter Howson, which depicts a Bosnian Muslim woman being raped.

Adnan Conor, a spokesman for Bowie Team Sarajevo said: "This is a way to pay tribute to Bowie as an artist and humanitarian and immortalise him in the town that never got a chance to host him." A crowd of several hundred people attended the inauguration of the mural on Saturday, to the sounds of Bowie’s Space Oddity. 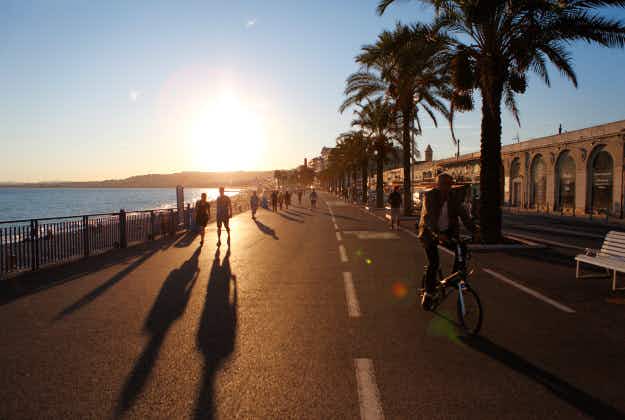 Special drones set to help the French city of Nice…

Chicago is to get a Saved By The Bell themed…