The 42,000-year-old remains of an Aboriginal Australian man dubbed Mungo Man will be reburied at the Willandra World Heritage Area in outback New South Wales by November 2017 says the NSW government. The Office of Environment and Heritage told the ABC they are working with the traditional owners on options to permanently house the remains which have been in Canberra’s National Museum of Australia for the last four decades.

A spokesperson for the department told the ABC: "The repatriation of these highly important ancestral remains will be a significant event for traditional custodians, and members of the scientific and wider community… The role of government is to assist the community in making this significant decision and help to resource the chosen option.”

The bones of Mungo Man and Mungo Lady were discovered by a geologist Jim Bowler in 1974. He acknowledges the criticism he received for removing them and is helping campaign to have them restored to their place. "I acknowledge the pain of Aboriginal people and we work very closely with the three Indigenous groups,” he said.  "Those remains have been transferred to ANU to the national museum at the agreement of the Indigenous people — seeing that as the beginning of his return home — but after 42 years, there is still no where to put him."

It is believed that Mungo Man was a hunter gatherer who lived in western NSW about 42,000 years ago and his skeleton is the oldest known remains on the continent. The remains are an important part of the Australia’s understanding of its Aboriginal history, as well as contributing to the story of human evolution. Several well-preserved fossils of giant marsupials have also been found in the Willandra region.

Is this San Francisco barista the best foam artist in… 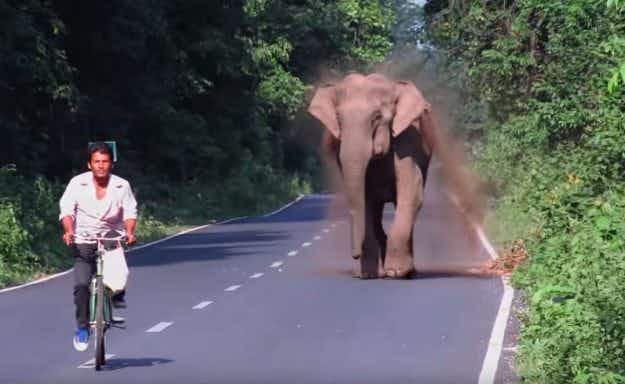 Video shows elephant chasing a cyclist on a road in…