Cycling just got a whole lot more colourful now that a glow-in-the-dark cycle path powered entirely by the sun has just been unveiled in Poland.  The 100-metre-long blue high-tech track is located in a park near Lidzbark Warminski in the north of the country, and it aims to improve cyclists' safety.

A new glow-in-the-dark cycle lane powered entirely by the sun has been unveiled in Poland. Image: TPA Sp. z o.o

The cycle path was created by technology firm TPA Instytut Badań Technicznych Sp. z o.o. and it uses synthetic particles called “luminophores” to ‘charge’ the asphalt with sunlight, before lighting up in a vivid blue colour in the dark. The blue colour was chosen to blend in with the landscape of the surrounding area. There are two lanes and one is solely dedicated to cyclists while the neighbouring one is marked for pedestrians, but only the cycle lane and outer kerbs of the pedestrian lane light up.

The idea behind the luminous bike path, which is studded with thousands of phosphor-coated crystals, is to improve the safety of cyclists at night. It is still being tested and will be closely monitored as it isn't known how the lane will fare in different weather conditions and temperatures, etc., before it begins to wear out.

A new glow-in-the-dark cycle lane powered entirely by the sun has been unveiled in Poland. Image: TPA Sp. z o.o

The new Polish cycle path is not unlike the equally vibrant pink bike path, The Nelson Street Cycleway, that was unveiled in Auckland, New Zealand, in December 2015. This cycle path was created to help make urban cycling a safer and more attractive transport choice, and support the increased number of people choosing to cycle to the city. 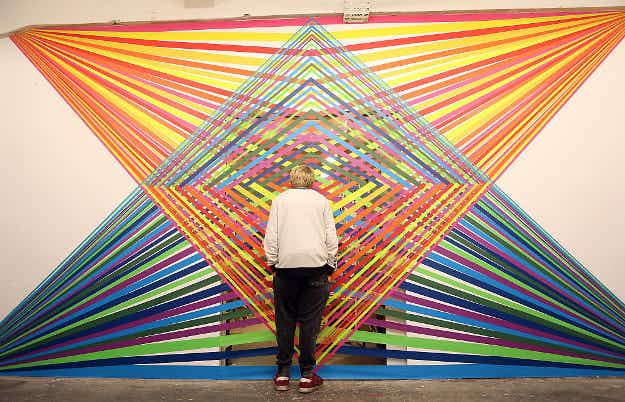 In Pictures: a tape art exhibition has opened at a… 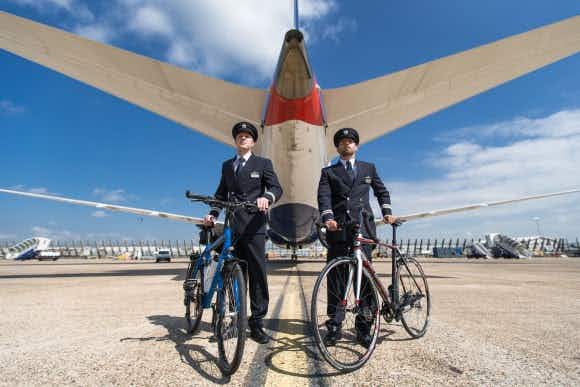 British Airways pilots get on their bikes to break world…