Forget the cheesy magic shows where a scantily clad assistant is locked in a box and sawn in half, Mark Houston and his twin brother Jonnie have created a space off Hollywood Boulevard in LA with an immersive performance approach to magic.

This new magic bar in LA will wow guests. Image by Jakob Layman

Before you’ve even stepped into the old-style theatre room, with chandeliers, brown panelled-walls and plush red velvet furnishings, the magic begins via a top secret entrance and a trick that will leave you amazed and in awe. The bartenders are well-versed in magic too, the servers execute magic tricks at your table, and if you order the right drink, it might even have a magical element – the Smoke and Mirrors cocktail comes with Vermouth, Campari and a tarot card on the top, when you lift the card, smoke rises from the glass.

Drinks are on offer at the new magic bar in LA. Image by Jakob Layman

Houston spent a year creating the intimate 40-seat space so that magical, weird stuff happens as your evening continues. Without ruining the element of surprise, we can tell you that things can magically move, the lights create magical effects, there might be some levitation, cabinets may open by themselves, there are fire elements, you may even find a secret door or two during any one visit to the bar. “The vibe of the space and the tone we’re taking with our shows isn’t the hokey pokey non-stop comedy approach,” explained Houston. “I wanted it to be dark, you never know what’s going to happen.”

Harking back to the essence of the vaudeville era, beguiling, staged shows at Black Rabbit Rose run for an hour and 15 minutes and include five acts. Tricks and performances are constantly evolving, a jazz singer may sing a song with a magical element, a burlesque dancer may get down with a snake or a contortionist may squash her body into a small box and then reappear on the other side of the room. “It’s not just magic tricks, it’s layered with theatre and messages,” said Houston. “Magic is all around you but I’ve incorporated live music too,” he said. If you come on a Thursday, Fred Durst, of Limp Bizkit fame, hosts a Jazz night, which is paused mid-way with a magic intermission.

The new LA bar is taking guests into an immersive magic experience. Image by Jakob Layman

Black Rabbit Rose’s building is just as mysterious as it's shows. Dating back to the 1920s, it was made for MGM studios and Paramount Pictures. Laurel and Hardy, Charlie Chaplin, Rudolph Valentino and many of the starlets from the era travelled through this property or lived here at some stage. Valentino even opened a speakeasy in the basement. “The design approach is in tune with the past and old Hollywood, touching on the world that Hollywood has forgotten, because everything has been modernized,” said Houston. “Valentino would have sat in the corner [of Black Rabbit] and Charlie Chaplin would have gotten up there on stage and done his thing. I wanted it to feel like you stumbled in as a local, while also being a place that Angelenos support and love.”

The new bar has certainly gained a celebrity following, Rob Patterson, Jessica Alba, James and Tom Franco, plus Sean Penn, among others, have already enjoyed a drink and performance here. Magic shows run Thursday to Saturday, and tickets start at $25, or visit the adjacent bar. Find it at 1719 N. Hudson Ave, Hollywood. Visit www.blackrabbitrose.com for more details. 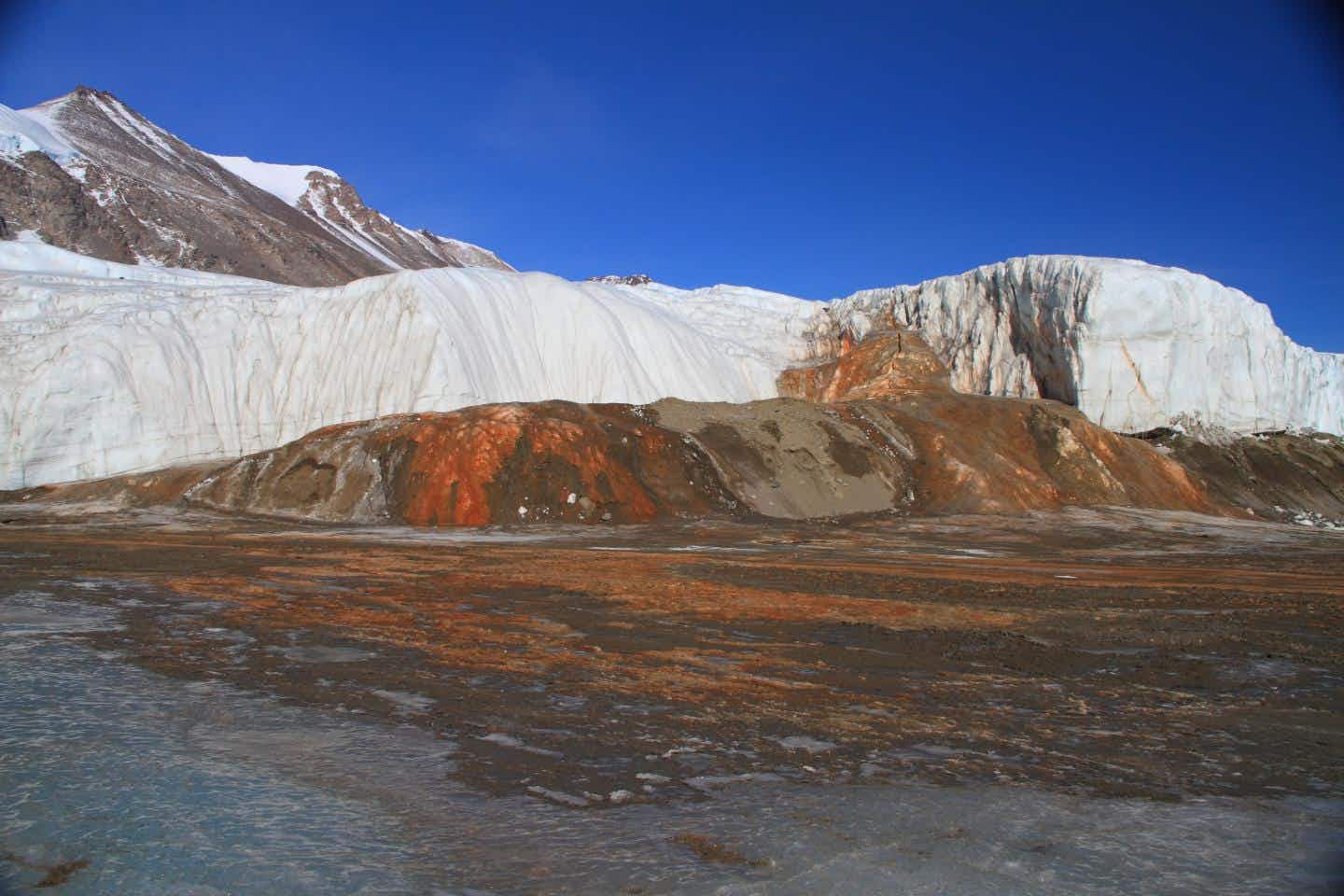 Scientists have solved the mystery of Blood Falls in Antarctica…

This online tool lets you compare historical maps to current…