This is the best week to book a ski vacation this winter, according to research

Whether you want to hit the slopes or just relax in the chalet, the best time to head on a ski holiday this winter has been revealed.

Ski.com, a booking site for mountain vacation packages around the world, has announced that 9 to 14 January is the best week to go on a ski or snowboard vacation this winter, if you want a cheap trip, fewer crowds and great snow.

The company used weather information and cost and arrival data of more than 25,000 recent bookings to find the best time for travellers to hit the mountains for a good, cheap and snowy vacation. While early December and late April are the cheapest times to go, the snow conditions can be unpredictable. If you want a good price, lack of people and good conditions on the slopes, those elements are most balanced in the second week of January, according to the company.

Travellers can actually save up to 45% at popular resorts, like Aspen and Beaver Creek in Colorado, or Jackson Hole in Wyoming, compared to the December holidays, spring break or Presidents Day week, according to the company’s news release.

View through a window of a ski resort. Image by Marc Volk/Getty Images

A five-night, four-person trip to Beaver Creek in the second week of January costs $1674 per person for lift tickets and accommodation, but would cost $3049 per person at Christmas. The beginning of January is also a great time for a bit more privacy, since arrivals for 9 to 14 January are half of what they are on Christmas week and 44% lower on average than any week in February, notes Ski.com.

But, even if you want to take a ski vacation in January it may not come cheap in a place like Colorado. Three of the five most expensive winter destination in the US are Coloradan ski resorts, according to a recent survey from CheapHotels.org. The survey looked at all destinations in the US, based on the minimum price for travellers to stay in the cheapest double room with at least a 3-star rating and positive feedback on the site. Over the winter months, Vail resort took the top spot with an average nightly price of $243. Florida’s Key West follows with an average price of $234, and Aspen in Colorado is third with an average rate of $227. Breckenridge, Colorado is the fifth most expensive destination, according to the research.

Astronauts will celebrate Thanksgiving with a turkey dinner in space… 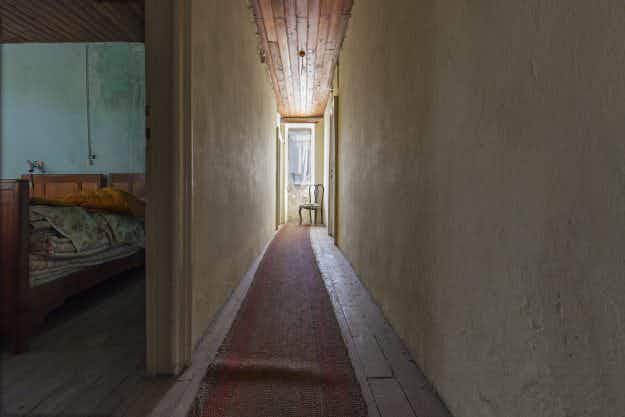 Photographer shares fantastical photos of abandoned buildings from across Italy…