Windows to the world: best webcams to celebrate the 100th birthday of the National Parks Service

It’s the 100th birthday of the National Parks Service, but let’s face it, you just can’t make all the parties. Luckily, in the age of the internet, there are myriad ways to experience the beauty of the parks system without leaving your home. These are our favourite live webcams of the vistas, animals and experiences of the US National Park System.

In the 1950s bald eagles disappeared from California’s Channel Islands due to hunting and DDT contamination. In 2006, thanks to a reintroduction programme, the first bald eagle chick hatched on the Channel Islands unaided by humans, and since then the population has grown. In March, two chicks hatched on the parks Bald Eagle Webcam, and viewers can still watch the chicks grow into adolescents.

A live stream of one of the tallest waterfalls in North America, the Yosemite Falls webcam shows the peaceful 740m (2425ft) waterfall John Muir noted for the ‘rare beauty of the [waterfall’s] thin guazy waters’. The webcam is supported by the Yosemite Conservancy, a nonprofit that supports the park. The conservancy also hosts webcams at Half Dome, High Sierra and El Capitan.

Probably the cutest of the national park’s webcams, this one is seasonal. Each year in May, husky puppies come yipping and panting out of their doghouse in Denali National Park’s kennel. Just a few weeks old, the puppies prance around their mother’s pen. The dogs are bred to become sled dogs for the park, providing transportation for rangers during the winter months.  The webcam isn’t live yet, but keep an eye out on the blog for updates.

Named for its regularity, Yellowstone’s most famous geyser has a live webcam where viewers can watch steam rise out of the earth while they wait for the eruption (which happens every 35 to 120 minutes). The eruptions can shoot anywhere from 14,000 to 32,000 litres (3700 to 8400 gallons) of boiling water 32 to 56m (106-184ft) into the air, but despite the myth it’s not Yellowstone’s largest geyser – that distinction goes to Grand Geyser, which isn’t as predictable.

The hottest of webcams, Hawai‘i Volcanoes National Park’s Kilauea Volcano webcam shows the inside of an active volcano – a sight far too dangerous for the public to experience in person. The US Geological Survey hosts webcams all over the park. Switch to the thermal views to see just how steamy it gets inside the volcano.

From mid-spring until late fall, grizzlies come to Katmai National Park’s Brooks Falls to snatch leaping sockeye salmon right out of the river. The action is streamed live on the park’s bear cam, and the ursine beasts can be seen ripping into the fish or just wading around in the water. The bonus is that most of Katmai’s webcams are actively managed, so the camera often zooms in on the wildlife action. 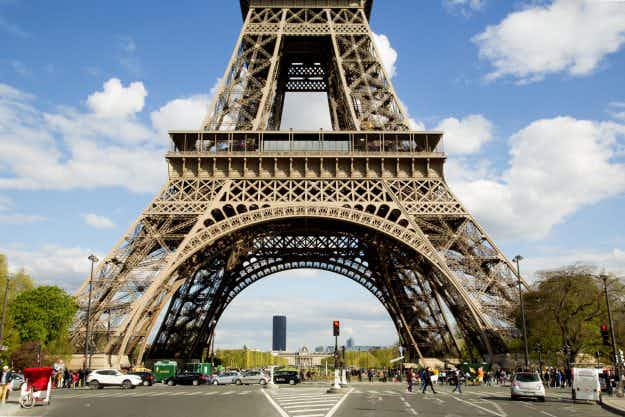 Lucky travellers will get the chance to spend a night…

Beirut is holding a cultural festival to show tourists that…