May is National Bike Month in the United States, and cities across America are rolling out special events to encourage cycling and promote healthy, environmentally friendly alternatives to commuting via car. From popping wheelies between monuments to taking in the view from the saddle of a mountain bike, these are our favourite cities to see via bike.

Washington, DC, has one of the most extensive bike systems in the nation, maintaining the nation’s largest bike share with over 350 stations, as well as miles of bike lanes and dedicated pathways. In May, the city holds the DC Bike Ride, a 17-mile cycling event that hands over the city’s roads to two-wheeled enthusiasts. Guided tours are available at Bike and Roll.

Combining a thorough network of cycling paths and routes, an inexpensive bike share and an easy connection to the historic Minuteman Bikeway, which traces the area where the American Revolution began in 1775, Cambridge is perfect for cyclists. To celebrate National Bike Month, new members to the area bike share get a free month, and on 21 May the city holds a series of themed cycling tours.

Denver was the first US city to start a smart-tech bike share programme with the launch of the Denver B-cycle in 2010. With stations at every major cultural landmark in the city, visitors can visit the Denver Zoo then cycle over to the Denver Art Museum. Adventurous cyclists can head over to the Bicycle Dr to pick up a mountain bike and tackle the nearby Rockies.

Few cities are tied to bike culture like Portland. Every year, the city hosts Sunday Parkways, a series of traffic-free events that allows cyclists of every ability to pedal through Portland’s tree-lined neighborhoods. Running 6-8 May, a film festival called Filmed by Bike will screen movies dedicated to promoting bike culture, as well as feature parties, events and rides.

With over 500 miles of metro bikeways, it’s easy to see why Tucson is frequently touted as the best cycling city in America. Most of the area’s scenic cycling routes take riders into the surrounding mountains, including the muscle-busting, 26-mile Mount Lemmon’s Ski Valley route, which takes riders up nearly 6000ft in elevation. Tucson has cycling groups of every sort, including the beginner friendly Cactus Cycling Club of Tucson or the large-group rides with Fair Wheel Bikes. 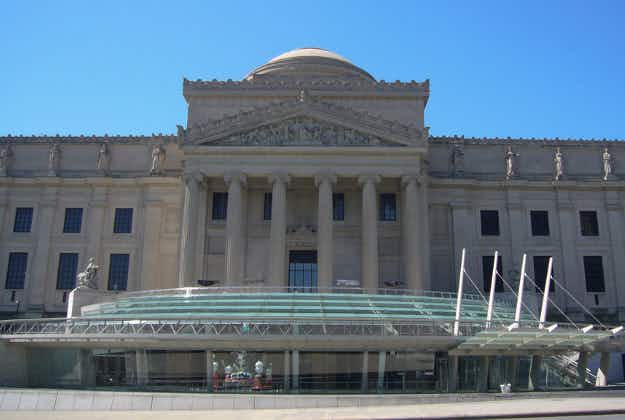 Brooklyn museum creates app for a more personalised tour around…