The largest exhibition of elusive graffiti artist Banksy’s work to date will go on display in Rome later this month.

The Fondazione Roma Arte-Musei gallery located in Palazzo Cipolla in central Rome will be home to 150 paintings by the iconic England-based graffiti artist, political activist and film director from May 24 to September 9, as part of a new exhibition entitled 'War, Capitalism and Liberty.'

Banksy’s satirical street art and subversive works of political and social commentary have been featured on streets, walls and bridges of cities throughout the world. Hollywood stars and royalty have acquired his paintings, although his identity has never been revealed. His work will hang alongside that of other street artists and all have been certified as originals. They have been leased to the museum from private collectors around the world.

The exhibition has reportedly cost the museum €1 million, and the concept came from curators Stefano Antonelli and Francesca Mezzano of the London-based Andipa Gallery.

Banksy's 'Dismaland' at sunset in Weston-super-Mare, Somerset, as Britain's most disappointing tourist attraction is to be dismantled and sent to Calais to be shelter for migrants, creator Banksy has revealed. Image by Ben Birchall/PA Wire

Earlier this week, Banksy was nominated for a South Bank Sky Arts Award nomination in the visual art category for Dismaland. The controversial attraction sold out every day of its five-week run at a derelict seaside lido at Weston-super-Mare in England last August, despite Banksy branding it as “crap.” 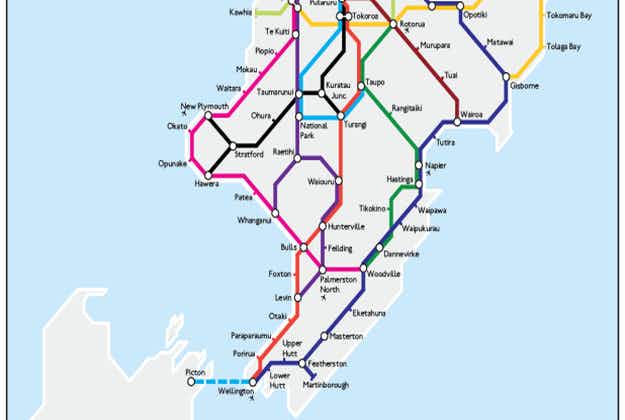 New Zealand roads put on the map with London Underground-style…