Forget dreaming of a white Christmas, because it turns out that most of us would prefer to spend Christmas Day lounging on a beach in Australia, than watching the festive TV specials indoors at home. That's according to a survey of 2000 people in the UK, Australia and the US on behalf of supermarket giant Aldi, which saw Australia being voted most desirable destination to spend Christmas Day.

While Christmas Day can sometimes be a day filled with rituals, stress and fuss, the American and British people surveyed liked the casual, relaxed approach of the Australian people. They were also attracted to the country's warm weather, and were seduced by the opportunity it affords to spend the day outdoors.

If you're a fan of traditional turkey and Christmas pudding, you might be a bit disappointed though. Aldi says that Australian people are more likely to serve festive feasts of seafood, salad and fruit. The good news is that ham has made a big comeback in all countries.

An Aldi survey suggests that Australia is the most desirable place to spend Christmas Day Image by Guillaume Capron / CC BY-SA 2.0

The survey also found a big difference in the amount of time people from the three countries spent in the kitchen on Christmas Day. The Australians surveyed expected to spend less than two hours preparing their Christmas meal. Unfortunately for the poor old British and American people, they were poised to spend four hours or more preparing the Yuletide feast.

Sun, sand and seafood in the company of chilled-out people who are not chained to the kitchen for half of Christmas Day sounds good to us. Mince pies on Bondi, anyone? 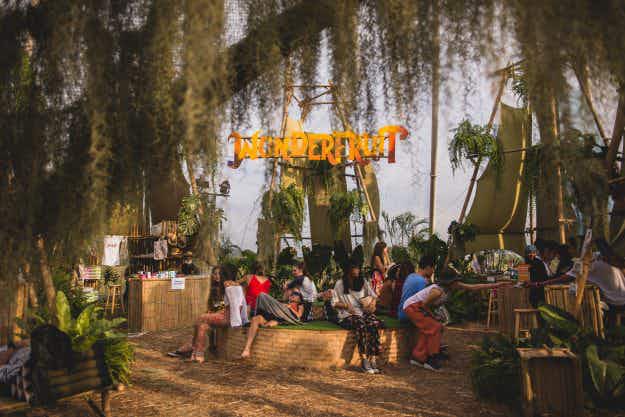 Plane rides, flame-spinning and music from a converted bus: inside…

There's a dating website that encourages people to travel together…