One lucky family of football fans has a chance to spend the night in a famous European stadium, with a professional football player to host them during the amazing experience.

Audi and Airbnb are transforming the Allianz Arena in Munich into a pitch-side home. Image by Airbnb

Airbnb has launched a new competition that will turn Allianz Arena in Munich into a pitch-side home during the 2017 Audi Cup. Even better, the guests will have German National player Jérôme Boateng as a host.

The home-share company has teamed up with Audi for the competition, which will see one family stay in the unique accommodation during the cup, which begins 1 August. Unfortunately, you need to live in the United Kingdom, Italy, Spain or Germany to enter.

Spend a night in the Allianz Arena in Munich. Image by Airbnb

The accommodation includes a bedroom and living space just metres from the side-line. As a living room during the day, the family will get unrestricted views of the games – making them officially the best seats in the house. At night, the space is turned into a bedroom, letting the family sleep where no other fans have – beneath the dome of the Allianz Arena. The winners will watch four football matches between legendary teams FC Bayern München, Atlético de Madrid, Liverpool FC and SSC Napoli. To make things better, Boateng will host the experience and join the winning family after the final whistle to recap the biggest moments of the match.

Guests will arrive at Munich Airport where a self-driving Audi A7 will take them to the stadium, where they will get a behind-the-scenes tour. Then, the kids will be able to go with their favourite players to the kick-offs and even celebrate with the winners after the games.

Relax for a night in the Allianz Arena in Munich with this Airbnb. Image by Airbnb

If this all sounds like a dream come true, families must share their best football-related memory they’ve experienced together. Think hard, because the most original and creative submission will win. Enter by 23 July at here. 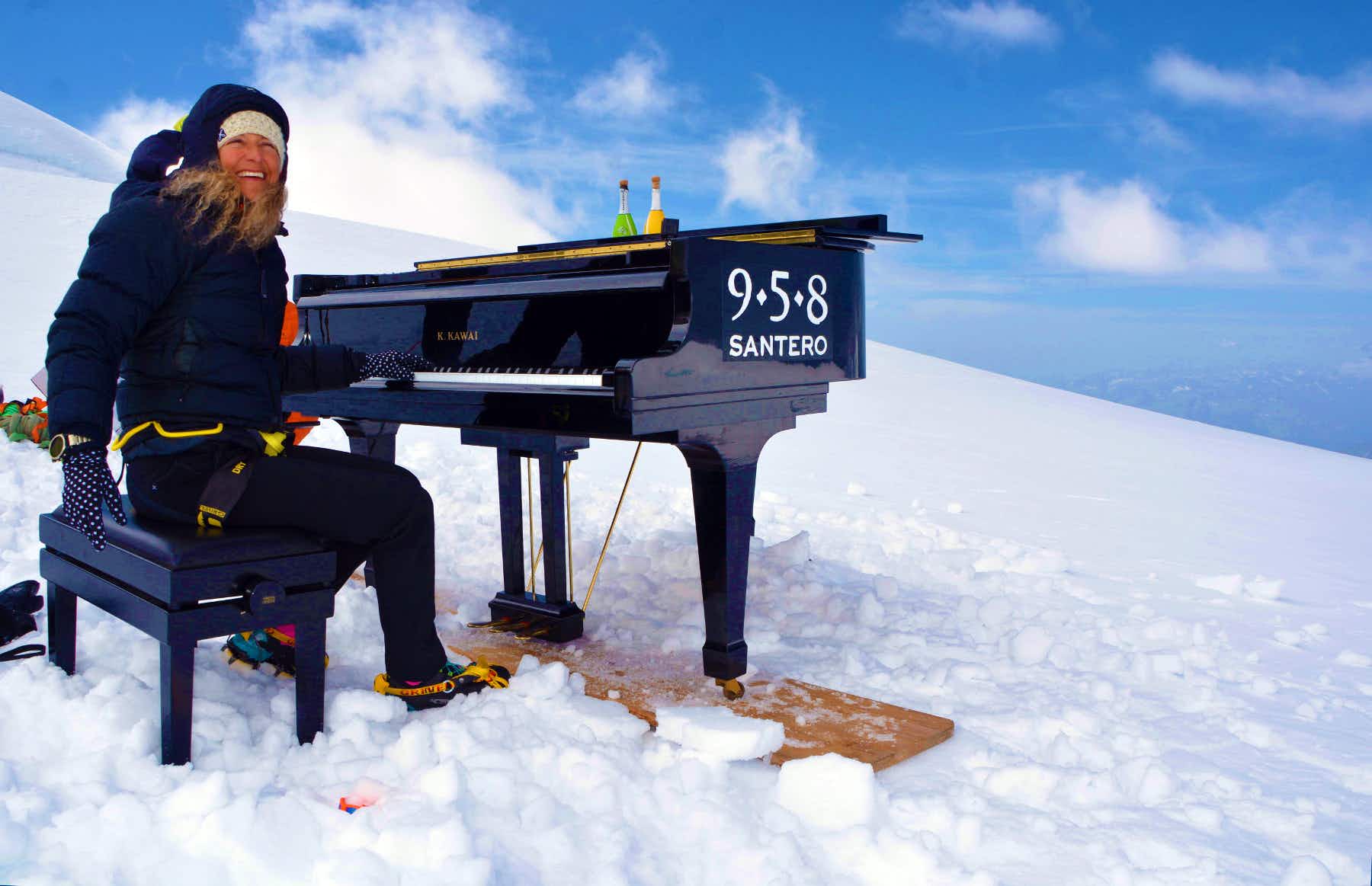 Italian pianist plays the highest piano concert in the world…