Around The World in 80 Music Videos! Meet the couple travelling the globe creating art

For the past 16 months, a talented Brazilian couple has been travelling the world producing high quality music videos for their favourite bands in each country.

Diana Boccara and Leo Longo from Around The World in 80 Music Videos. Image by Diego Gonzalez

Leo Longo and Diana Boccara first became inspired to start the unique project following a trip across the Southern United States. Having experienced the rich musical culture of Jazz, Blues and Rock in cities like Nashville and Memphis, the couple decided to make a huge change and start a new adventure.

Leo and Diana on location with Vanguart in Brazil. Image by Marcel Nascimento

“We got the travel bug and wanted to incorporate it with our love of music and our knowledge of the media. At the time, I was a TV producer and screenwriter working full time in Brazil and Leo was a Television director,” Diana explains. The duo took a chance and sold the majority of the belongings, including their car and apartment, to self-fund an exciting idea, called, “Around The World in 80 Music Videos”.

“It’s exactly as it sounds! We reach out to a handful of bands that we love from each country and discuss the idea of creating a music video with them over Skype before travelling to that destination. We work closely with each band to choose a track that they are happy with before going through some rough ideas for the video,” explains Leo.

Previewing the video with the band Linda Martini in Portugal. Image by Bruno Castanheira

Upon arriving in a new country, Diana and Leo must navigate their way to their temporary home and office, which is usually an Airbnb. They also scout for locations and get to know the city, write concepts for each video, produce, shoot and edit it. All of this is done within the space of a week at a time.

“Before arriving in each new city, we speak to friends or acquaintances that live there. We ask all sorts of questions through emails and social media like how to behave, where to get groceries or how to use public transportation and where to get the most efficient chip for our cell phones. This helps us to get familiar with a place before we even get there. We do learn a lot from the bands and artists that we work with and they show us their city through their eyes. Then, we feel like locals!” Diana explains.

Rocking out on set with Frankie Chavez. Image by Videolotion

A new music video is premiered on their YouTube channel every Monday. They also release a behind the scenes making of each week that gives insight into the themes and ideas behind the video as well as how they went about creating it. Collaboration is a huge part of the project and they sometimes team up with producers and film makers in different cities to help them throughout the process.

The color of Melbourne

“People always ask us about the difficulties of working so closely together, given the fact that we are a couple. We always tell them the same thing; we don’t have time to fight!” Leo laughs when asked about the stress involved with the project.

So far they have shot videos in countries like Portugal, Italy, France, Germany, Ireland, Australia, New Zealand, South Korea, India, Russia and the United States. They work with a mixture of rising and established bands that they are passionate about and that they feel will fit the project.

Leo and Diana are nearing the end of their epic journey soon, with the 80th Music Video being filmed back home in Brazil in October.

“We are going to announce a contest for Independent Brazilian bands and artists to apply to win the last music video! After that we plan to write a book about our adventures,” Diana says. 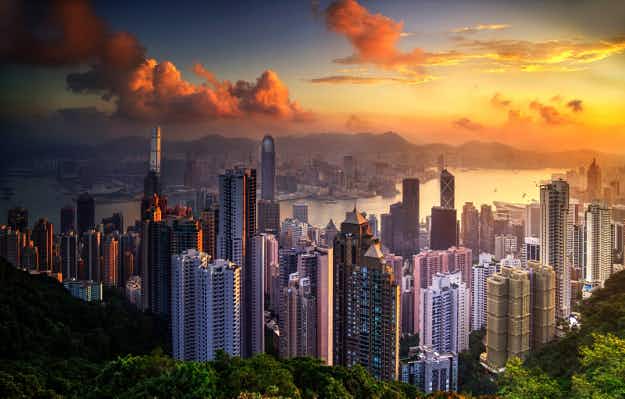 Hong Kong has taken the top spot as most expensive…

A Chicago hotel is offering Hamilton tickets in a package…