Take a trip around the globe with celebrations for Carnival and the Lunar New Year, get a sneak peek into a rockstar's bedroom and a bird's eye view of Storm Imogen.

Performers from Beija Flor samba school parade during the Carnival celebrations at the Sambadrome in Rio de Janeiro, Brazil.

The closing ceremony of the traditional carnival parade in Mohacs, Hungary. Image by Tamas Soki/MTI via AP

Revelers burn a coffin symbolizing winter during the closing ceremony of the traditional carnival parade in Mohacs, 189 kms south of Budapest, Hungary on Sunday. The carnival parade of people - the so-called busos dressed in costumes and frightening wooden masks, using various noisy wooden rattlers - is traditionally held on the seventh weekend before Easter to drive away winter.

View of Jimi Hendrix's bedroom during the press preview of the new heritage site celebrating Jimi Hendrix at the flat he lived in between 1968 and 1969 on Brook Street, London.

Waves crash over the sea wall at Porthcawl in Wales as winds of nearly 100mph battered Britain during Storm Imogen.

A lion dance performer looks out from the mouth of the lion head at Ditan Park to mark the first day of Chinese Lunar New Year in Beijing on Monday. Millions of Chinese began celebrating the Lunar New Year, which marks the Year of the Monkey on the Chinese zodiac.

Nepalese Hindu women gather to collect holy water from Bagmati river to perform ritual during Swasthani Bratakatha festival in Kathmandu, Nepal. During this festival, devotees recite holy scriptures dedicated to Hindu goddess Swathing and Lord Shiva. Unmarried women pray to get a good husband while those married pray for the longevity of their husbands by observing a month-long fast.

An open day at the East London Mosque in Whitechapel, London, part of a 'Visit My Mosque' initiative by the Muslim Council of Britain. 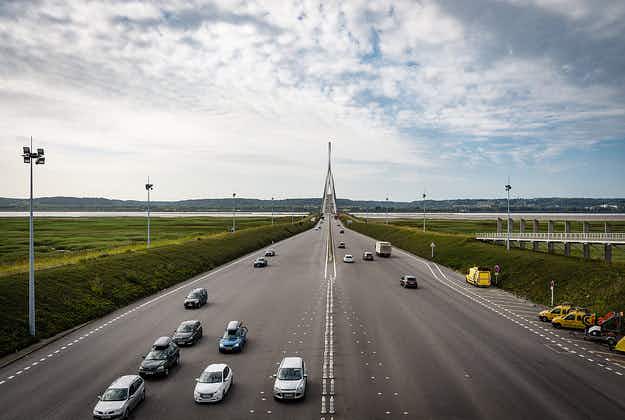 France paves the way with solar panels on roads 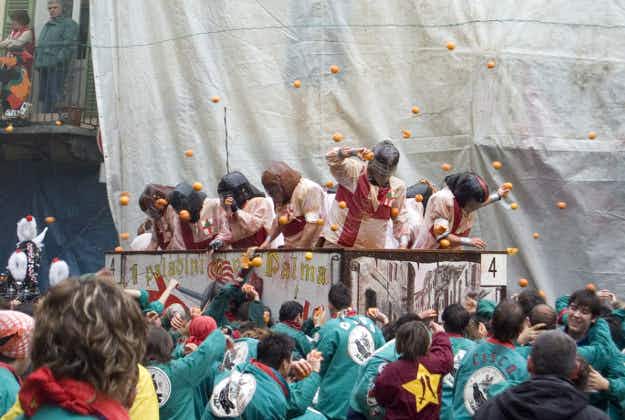 Ivrea’s epic Battle of the Oranges during carnival