Around the world in 6 pictures: today's images

Images from around the world today feature models in Afghanistan, police puppies in Moscow, smog in Beijing and more.

Afghan models pose during a fashion show in Laman Fashion House, in Kabul, Afghanistan, Monday 7 December. The Taliban had banned fashion and sports for women during their regime. Since the group collapsed in late 2001 women are now free to undertake fashion and sport.

A man rides his bike down through flood water in Eldridge Street, Carlisle, UK.

Two penguins swim in their pool while others stand outside the water in their enclosure in the zoo in Frankfurt, Germany.

Visitors, some wearing masks to protect themselves from pollutants, share a light moment as they take a selfie at the Jingshan Park on a polluted day in Beijing. Smog shrouded the capital city Monday after authorities in Beijing issued an orange alert on Saturday.

Image by Jens Buettner/dpa via AP

A Russian police officer holds a puppy, named Dobrynya, before presenting it to French police in the French Embassy in Moscow, Russia on Monday. Russian police puppy Dobrynya will take place of a French service dog Diesel which died in a special operation held in Paris on 18 November. 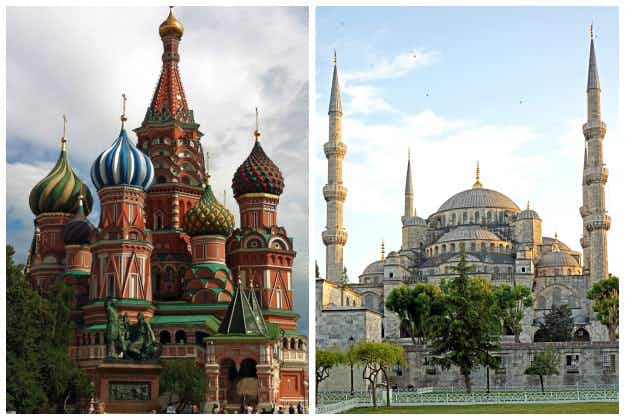 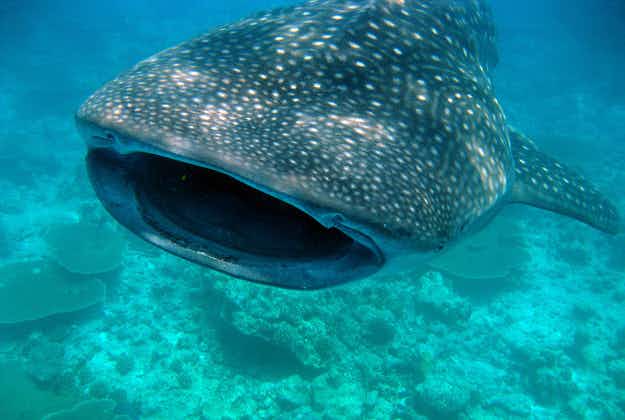 Coral reef destroyed by luxury resort in the Maldives