Around the world in 5 photos: images of the day

Photos from around the world today feature sweet-making in Afghanistan, Santa Claus in India, monkeys receiving Christmas gifts and more.

An Afghan man prepare traditional sweets in a sweet factory in Jalalabad, capital of Nangarhar province, Afghanistan, Tuesday. The block will be cut into small pieces and packaged to be served at tea time.

Indian workers make a larger than life size statue of Santa Claus in the premises of St. Joseph's Church ahead of Christmas celebrations in Bangalore, India, Tuesday. Though Hindus and Muslims comprise the majority of the population in India, Christmas is celebrated with much fanfare.

A woman walks during rainfall caused by Typhoon Melor in Quezon city, north of Manila, Philippines on Tuesday, Dec. 15, 2015. Typhoon Melor weakened Tuesday as it crossed over the central Philippines, leaving one man dead and wide areas without power.

Chimpanzees at ZSL Whipsnade Zoo are treated to wrapped Christmas gifts stuffed with their favourite snacks such as fruit and nuts adding a seasonal twist to their enrichment activities at the UK's largest zoo.

A giant animated model in the Bavarian Village area of Hyde Park Winter Wonderland in London. 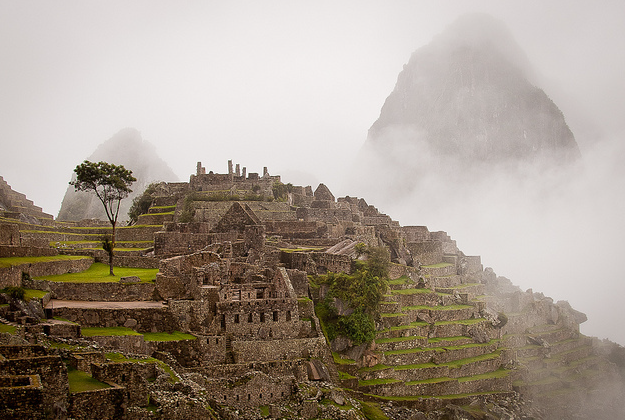 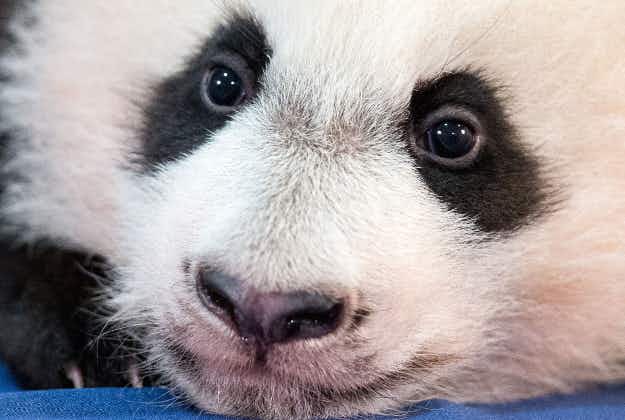