Around the world in 12 photos: images of the day

A lantern festival lights up London, Kanye debuts an album and a clothing line in New York, couples marry in Manila, set-up begins for  83rd Lemon festival in France and more in today's images from around the world.

Sculpted lanterns at the Magical Lantern Festival at Chiswick House and Gardens in London which runs from the 3 February to 6 March. The festival is an artistic installation of sculpted lanterns taking various forms from animals and birds to buildings and abstract lantern designs of all shapes and sizes.

The sun sets over surfers at Tynemouth beach, UK.

A man jogs past daffodils in bloom in Woolton, Liverpool.

Boys tussle for the leather ball during the annual 'Fastern Eve Handba' event on Jedburgh's High Street in the Scottish Borders. The annual event, which started in the 1700's, involves two teams, the Uppies (residents from the higher part of Jedburgh) and the Doonies (residents from the lower part of Jedburgh) getting the ball to either the top or bottom of the town. The ball, which is made of leather, stuffed with straw and decorated with ribbons is thrown into the crowd to begin the game.

A worker sets up a giant sculpture decorated with oranges and lemons during the 83rd Lemon festival in Menton, south-eastern France, Thursday. The festival will tribute Italian cinema "Cinecitta" from 13 February to 2 March.

Workers set up a large mannequin figure depicting the King of the Carnival during preparations for the 132nd Nice carnival parade in France. The Carnival, running from 13 to 28 February, celebrates the "King of Media".

Workers place LED rose lights at the Light Rose Garden, against the backdrop of the central, business district of Hong Kong, Friday. Light Rose Garden is an art installation project featuring 25,000 white roses made of LED lights which will be lit up to celebrate of  Valentine’s Day.

Filipino couples kiss during a mass wedding ahead of Sunday's Valentine's Day celebrations in Manila, Philippines. About 350 couples exchanged vows on Friday in the wedding sponsored by Manila City Hall.

Chinese lion dancer and a diver dressed in Monkey King costume strike a pose as part of the Chinese Lunar New Year celebrations at Aquaria KLCC underwater park in Kuala Lumpur, Malaysia, Friday. The celebration marks the Year of the Monkey in the Chinese calendar.

Models wear fashion from the Yeezy collection at a presentation and album release for Kanye West's latest album, "The Life of Pablo," Thursday at Madison Square Garden in New York.

Intrepid Aussie couple travel to 65 countries - with their… 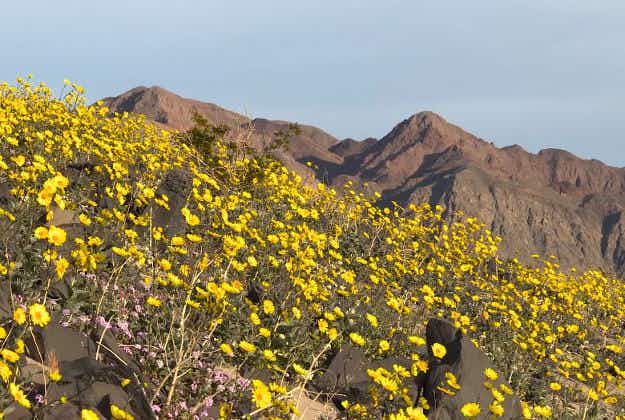