Around the world in 11 images: photos of the day

The New Year is celebrated with elaborate costumes in Switzerland, Macedonia and Bulgaria; art installations pop up around London; cold weather grips the UK and parts of America; and India prepares to celebrate the Hindu festival of Makar Sankranti in photos from around the world.

Image by Gian Ehrenzeller/Keystone via AP

A traditional, masked so-called Silvesterchlaus is on his way in Waldstatt, Switzerland, Wednesday, 13 January, to offer the best wishes for the New Year (following the Julian calendar) to the farmers in this region. After their performance of singing and dancing the Silvesterchlaeuse receive hot drinks.

An art installation 1.8 London by Janet Echelman, suspended above Oxford Circus in London, as part of the Lumiere London light festival. The sculpture constructed from thousands of feet of twine is named after one of the impacts of the Japanese earthquake and tsunami in 2011, when the earth's rotation momentarily sped up and shortened that day by 1.8 microseconds.

Deer in Richmond Park after a cold night in south west London, as the UK braced for a new wave of bad weather after forecasters issued warnings of heavy snow in parts of England and Scotland. The cold snap is in sharp contrast to last month, which was both the wettest and warmest December on record, when temperatures averaged 7.9C (46.2F).

Bulgarians carry cow bells as they perform an ancient Surva ritual in the village of Kosharevo, south of the capital Sofia, late Wednesday, 13 January. The authentic pagan festival called Surva, is held every year on 13th and 14th of January in western part of Bulgaria to mark the New Year. Surva is performed by costumed men, some in sheepskin, or other colorful garments, bells and masks, who walk around and dance to scare away the evil spirits, in hope to provide a good harvest, health, fertility, and happiness.

Icicles hang over a rail along the shore of Lake Michigan, on Wednesday, in Chicago. Bitterly cold temperatures early Wednesday greeted commuters in the Chicago area.

Disguised revelers move along a snowy street during the carnival procession through the southwestern Macedonian village of Vevcani, on Wednesday. Participants find an inspiration for their masks in the actual political events and perform various pagan rituals. In its fourteen centuries-old tradition, the Vevcani carnival is always held on St. Basil's day, marking the beginning of the New Year by the Julian calendar.

Image by AP Photo/Mahesh Kumar A.)

Indians scramble to enter a train in Hyderabad, India, Wednesday. Railway platforms and trains were overcrowded Wednesday as most people travelled to their hometowns to celebrate the Hindu festival of Makar Sankranti that falls on 15 January.

In this image released on Wednesday 13 January, by Ecomare nature museum, seal sanctuary, sea aquarium and a bird sanctuary, five sperm whales that beached on the Dutch island of Texel, northern Netherlands, have died. The whales were first spotted stranded on a beach on Tuesday. Experts confirmed on Wednesday that all five were dead. It was not clear how the whales came to beach themselves on the island in the shallow Wadden Sea off the northern coast of the Netherlands.

A passerby takes a photo of a graffiti mural dedicated to David Bowie in Dublin's city centre, following the announcement of his death on Monday.

A lightly snow-covered Stirling Castle, as the UK braced for a new wave of bad weather after forecasters issued warnings of heavy snow in parts of England and Scotland. The cold snap is in sharp contrast to last month, which was both the wettest and warmest December on record, when temperatures averaged 7.9C (46.2F).

A member of staff looking at artist Phyllida Barlow's piece untitled: upturned house, 2 (2012), a new acquisition which goes on display at the Artist Rooms in Tate Modern, London, from 14 January. 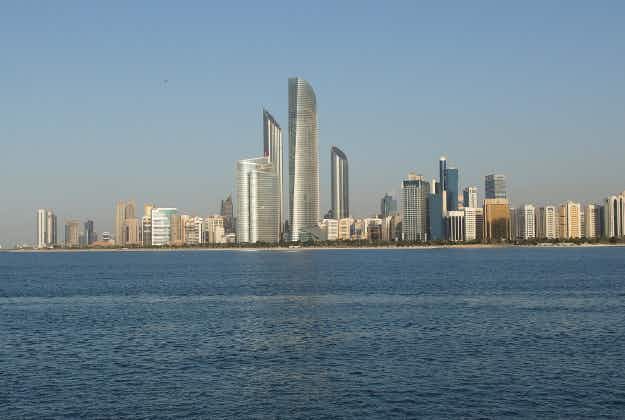 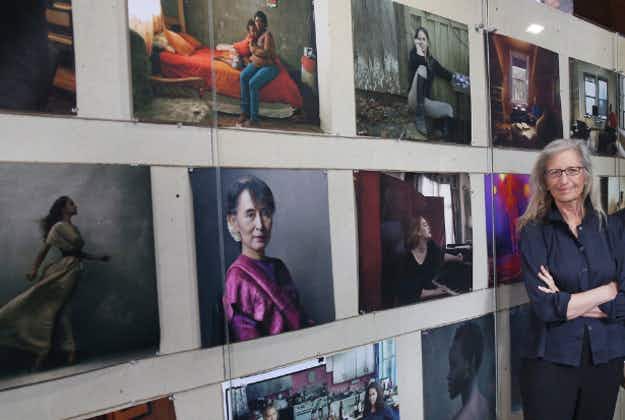