Arizona has the Grand Canyon to lure tourists and really low taxes to encourage business to set up there.

However it is the state’s lifestyle that is the major selling point, according to a newly commissioned study.

People from Tucson, Arizona love what they do, according to a new study

The survey by the Ducey administration follows on from work undertaken for the Arizona Commerce Authority by a branding consultant.

'I Love New York' may work for the  Big Apple but Arizona couldn't be pinned down into one phrase or word, according to latest research Image by Erik Drost / CC BY 2.0

Originally Kathy Heasley was tasked with finding a catchphrase similar to I(heart) NY and delivering a single selling point aimed at getting enterprises to relocate as well as promoting tourism.

The Daily Courier reports that when she spoke to 1000 people as part of her work, their feelings and emotions repeatedly pointed to the people’s lifestyle in the state.

Heasley found people in Tucson loved what they did. Phoenix, she explained was a little different, but the people she spoke to also stressed the importance of their quality of life.

She said Arizona meant for some they could live in a major city, have a good career and still get home “to hang out with my son.”

Many of those people had come to live there from other states where family life was curtailed because of long commutes to and from work.

Heasley’s advice was for Arizona to avoid the same kind of advertising as other states and promote its own images, feelings and heart.

It meant scrapping the original catchphrase the governor was looking for because the state could not be distilled into a word or phrase.

The consultant found that people from outside saw Arizona associated with three things - the Grand Canyon, the desert and retirement.

Daniel Scarpinato, gubernatorial press aide believed those were not necessarily bad things. But he said “we’re not just a place with retirement communities.”

He agreed that the state was not “appropriately advertising ourself.”

He said with the question of lifestyle coming through, the message they wanted to get out was that “life is better here.”

He felt that sort of message would resonate with new companies particularly if their culture was about attracting and keeping good work forces.

Parents flying with twin babies pass out goodie bags to… 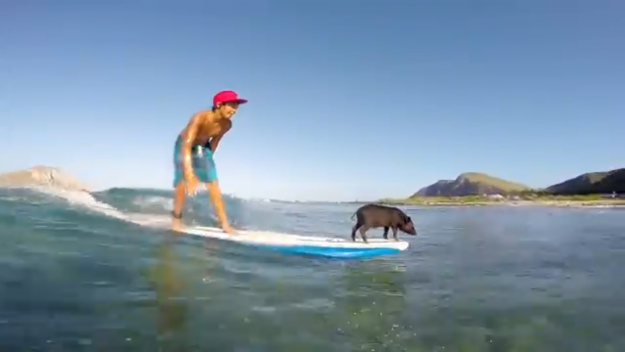 Meet Kama the piglet who's a Hawaiian surfing pro