Archaeologists from the British Museum and the University of Leicester recently announced their discovery of a unique coexistence of pictographs on the uninhabited Isla de Mona, an island located off Puerto Rico’s western shore; these images were created by both indigenous populations and European settlers and are thought to depict some of the earliest interactions between the cultures.

Cave 18, nestled in the extensive cave system present on the island, has soft walls limestone walls that were initially covered in what researchers have described as “finger-fluted designs” created by the indigenous group that lived there for nearly 5000 years. These markings feature a network of swirls, geometric symbols and figures, and range in date of creation, some dating back to the 12th century.

Alongside this artwork, researchers also discovered newer, clearly European markings that depict crosses, Calvary Hill, the site of Jesus’ crucifixion, inscriptions in both Latin and Spanish, and even dates and names, including that of Francisco Alegre, a Spaniard who arrived in the Caribbean in the 1530s.

The researchers argue that the juxtaposed images indicate a somewhat peaceful coexistence between the two cultures: they lack any images illustrating conflict and it is highly unlikely that the Spanish would have been able to locate this cave without an indigenous guide. Also, the Christian markings do not cover the indigenous ones, but rather are positioned alongside them, indicating a level of respect.

In a statement  released to the press, Dr Alice Samson from the University of Leicester School of Archaeology and Ancient History says “Increasing use of interdisciplinary approaches and archaeometric analyses have provided new understandings of colonial processes that are more nuanced than mere oppression, domination and, in the case of the Caribbean, indigenous extinction. This not only provides a counterpoint to official metropolitan histories, but also tracks the beginnings of new religious engagements and transforming cultural identities in the Americas." 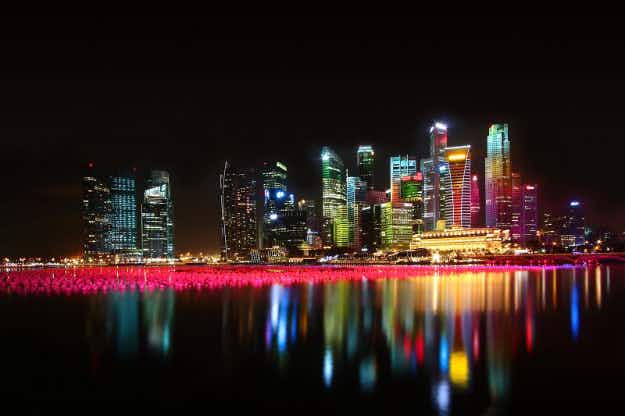 A new bullet train will go from Singapore to Kuala…

Museum of Crimes Against Humanity and Genocide opens in Sarajevo…