Could an app developed by a pilot help cure a fear of flying?

Nervous flyers who find plane journeys a real ordeal could soon have help at hand – thanks to a new app.  SkyGuru is designed to help apprehensive travellers by giving them data normally only available to flying personnel.

The App can also be used onbord flights Image by Getty

According to the Daily Telegraph, the app explains details of the flight including its takeoff and landing procedures. It also forewarns where the plane might encounter turbulence during the flight. The app works through your phone by plotting the actual flight path of the journey, while also highlighting unexpected movements along the flight path.
It uses inbuilt phone equipment, such as its barometer and compass, to let you know what is happening around you. Then, should you enter a bumpy passage, it is programmed to display reassuring messages to sustain you through the difficulty.

The App plots the path of your flight and let's you know of any upcoming turbulance. Image by guvendemir

Pilot and psychologist Alex Gervash is the person behind the app's development. The Israeli Pilot has 22 years flying experience and is the head of Fearless Flying, which has been running courses for aerophobia sufferers for years.  All users need to do is enter their flight details within a day of their departure time; the app then goes in search of journey and weather details. The good news is that it works without in-flight Wi-Fi and with phones switched to in-flight mode. Only launched earlier this month, the concept has been given a massive endorsement in initial reviews. “It felt like sitting next to the pilot,” said App Store reviewer Anna Rempel, who felt it would become “an absolute must” for those who have a fear of flying. The National Institute of Health in the UK says 40% of the population is affected by anxiety at the thought of flying. The app is, at present, only available on iOS devices but is expected to be to be accessible on Android within the next three months.

Silent snacks could be coming to a London theatre near… 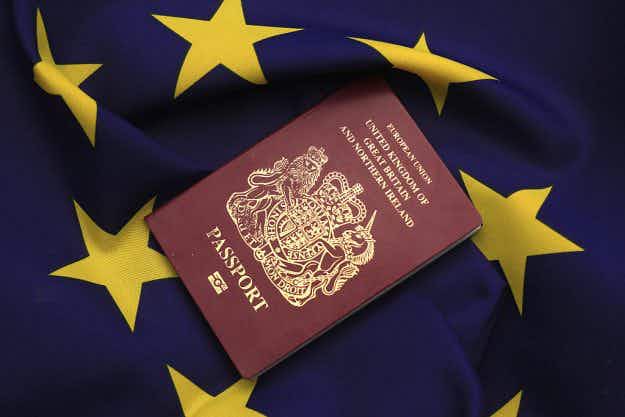 With the UK considering a return to blue passports, the…