Nice is to begin cracking down on some of its most trouble-making residents – the seagull population.

The glamorous coastal city, famous for its beautiful bay and year-round sunshine, is struggling to cope with the steadily increasing numbers of the birds. Public complaints about the seagulls are on the rise, reports Riviera Insider. Locals have expressed concerns about the birds causing noise and hygiene problems in the city as well as behaving aggressively. Among the key problems reported have been seagull attacks on small dogs and other domestic pets, nesting on the roofs of private property, disturbing residents with their cries, and leaving large amounts of excrement across the city.

This week, the Town Hall is to take action with the launch of a seagull egg sterilisation program. Across eight key areas of the city, drones will be used to sterilise the eggs of yellow-legged gulls. Littoral-Gambetta, Carré d’Or, Libération, Saint-Roch, Saint-François, Vieux-Nice/Mairie, Port Lympia and Centre Est Trois Collines-Cimiez will all be targeted. The process, which only takes a couple of minutes, is carried out by specialist drones. First of all, the drone navigates through the problem zones to track down the seagull nests. The drone’s in-built camera and GPS mapping system enables the nests to be located and recorded. Next, it applies a sterilising ointment to the egg’s shell, a gel which prevents the eggs being able to hatch.

Seagulls are a protected species, and this method, considered to be the most humane, is the only way that the rising numbers of seagulls can be legally combatted. The gel has been certified by the French Ecology, Sustainable Development and Energy Ministry. The anti-seagull drone was first used in Trouville-sur-Mer, Normandy, last summer, and there have been discussions about introducing the technology to the UK, in coastal areas where they have also been causing problems.

Did you know British holidaymakers choose their destinations based on… 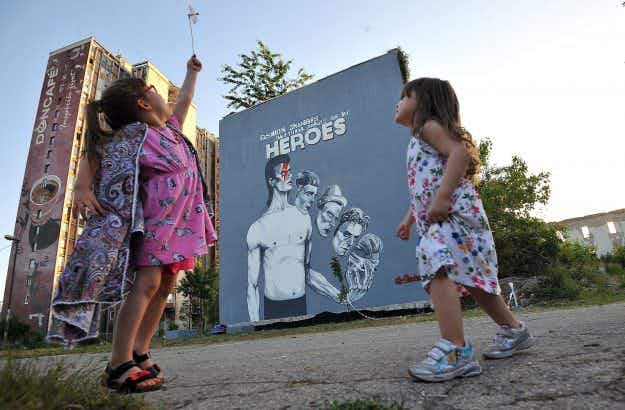 See the huge mural Bosnian fans created in Sarajevo to…