At an animal sanctuary in Maryland, you can eat Thanksgiving dinner with the turkeys

Traditionally, Thanksgiving conjures images of gathering with family around a grand feast, but at one celebration this year, guests don’t dine on the turkeys, they dine with them.

Visitors celebrating a cruelty-free Thanksgiving potluck with the Turkeys. Image by Facebook

For the past 18 years, the Poplar Springs Animal Sanctuary in Poolesville, Maryland has hosted an annual vegan potluck dinner to celebrate Thanksgiving, and invites all the animals to attend. Last Saturday, over 900 (human) guests dined on animal-free dishes, but only after watching the turkeys — plus some chickens and a three-legged goat named Evie — feast first.

The turkeys and their friends celebrate Thanksgiving with a feast of watermelon and corn. Image by Facebook

In lieu of stuffing and mashed potatoes, chunks of watermelon, corn, and lettuce were among the delicacies on the menu. Not to be forgotten, the pigs ate, too, when guests tossed more than 100 pumpkins into their pen. When people finally sat down to their meals, both adults and children took breaks to pet the friendly animals roaming free.

Guests were all asked to bring a vegan (no meat, dairy, or eggs) dinner or dessert item to serve 8. Image by Facebook

Founded by Terri and Dave Cummings in 1996, the non-profit sanctuary resides on a 400-acre farm and cares for over 200 animals, including the turkeys, as well as sheep, cows, and even a peacock. The founders started Thanksgiving with the turkeys to raise awareness for the treatment of farm animals, with the goal of sparing them from the slaughterhouse. “More people are more aware of the issues now,” Terri Cummings told NPR. “They're more concerned about farm animals. They realise that there's a need to have sanctuaries like this one.”

The 400-acre sanctuary for rescued farm animals. Image by Facebook

With a suggested donation of $10/‎£8, the event also raises money for operating the sanctuary. At Poplar Springs, the animals have a lot to be thankful for this year. 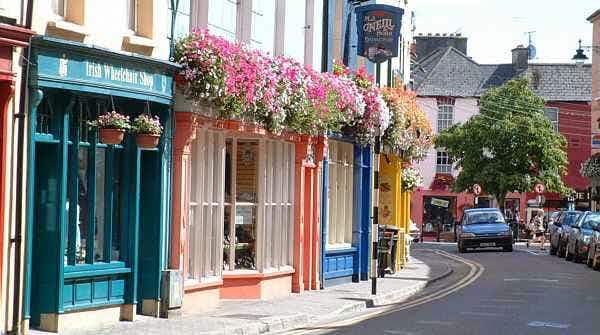 Clonakilty in West Cork wins the Great Town title at…

Share a unique view of your travels with friends and…