We now have concrete proof that debris from ancient supernovae has been deposited on Earth. Millions of years ago, a series of stars 300 light years away from our planet exploded, blowing out shrapnel with a force so strong it dusted the Earth with radioactive iron-60 isotopes centuries later.

Fortunately the stellar blasts were well beyond the “kill zone” of 30 light years, within which a supernova could wipe out life on Earth, but they were close enough to have been visible in daylight. Scientists believe they may have had an impact on the planet and its climate, and may even have influenced human evolution.

Evidence of the massive supernova explosions was found in the form of radioactive iron in sediment and crust samples taken from the Pacific, Atlantic and Indian oceans. The aforementioned iron-60, an isotope or atomic “strain” of iron not found naturally on Earth, was deposited in material flung through space by the supernovae, the scientists said.

Careful dating revealed two “fall-out” events, one spanning a period between 3.2 to 1.7 million years ago, and the other around eight million years ago. The likely source was an ageing star cluster which has since moved away from our corner of the galaxy.

A supernova occurs when a massive star runs out of fuel at the end of its life and explodes. Tellingly, the cluster has no large stars left, suggesting they have already exploded.

Dr Anton Wallner, from the Australian National University (ANU) – whose team investigated the earlier event, said: “We were very surprised that there was debris clearly spread across 1.5 million years. “It suggests there were a series of supernovae, one after another.”

Seen from Earth, the supernovae would have been about as bright as the moon – but while they would have been fantastic to look at, supernovae pour out energetic particles, x-rays and gamma rays that could potentially strip the Earth of its protective ozone layer and trigger mass extinctions. In this case, they were too far away to cause such destruction.

As for the effects the supernovae did have on the planet, scientists are still unsure. But they believe it’s possible cosmic rays from the supernovae could have increased the Earth’s cloud cover and altered its climate.

The findings are reported in the journal Nature. 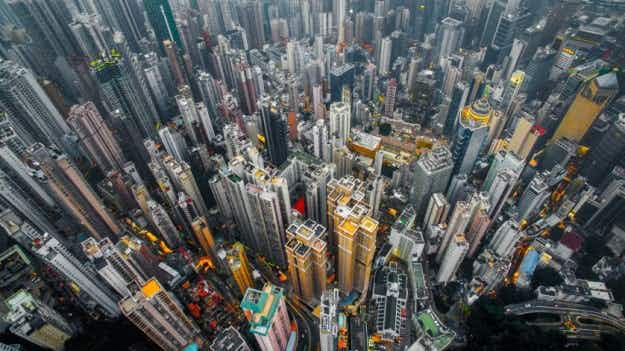 Skyscrapers seen from above: breathtaking photos of Hong Kong's skyline…

San Francisco art museum will let your Apple Watch be…