History lovers looking for a quiet retreat in China will be enticed by a soon-to-open resort made up of ancient structures that were moved hundreds of kilometres in order to save them from the construction of a reservoir.

Amanyangyun, the fourth Chinese resort from the company Aman, is located in a forest of 10,000 camphor trees outside of Shanghai. The resort includes a mix of modern and historic Ming and Qing dynasty dwellings, which were saved during a decade-long conservation effort.

Some of the trees are more than 1000 years old and 100 feet tall – all of which were moved in “one of the most ambitious relocation and restoration projects in China’s history”, according to the company. The trees, and the 50 homes, were transferred 700 kilometres to Shanghai from the Jiangxi Province in eastern China where the construction of a reservoir put them under threat, according to a news release.

To save them from flooding, entrepreneur and philanthropist Ma Dadong took on a team of botanists to oversee the extraction of the trees, and engineers and specialists in Chinese architecture to disassemble, transport and reconstruct the historic homes from 30 Jiangxi villages.

According to the resort, they “used the 50 disassembled dynasty homes to create 26 ancient dwellings which were reassembled within the replanted and now flourishing camphor forest”.

Thirteen antique dwellings have become four-bedroom villas with pools, and there are also 24 contemporary one-bedroom suites. The rooms are spread through the grounds of the resort, surrounded by the camphor trees and ornamental lakes. Twelve historic homes, and a number of new buildings, have been turned into residences to own.

The resort is also home to six dining venues, a spa with thermal facilities, a state-of-the-art fitness centre, two swimming pools and a large yoga and Pilates studio overlooking a reflection pond. The resort will open in the autumn, and those interested can learn more about the resort here. 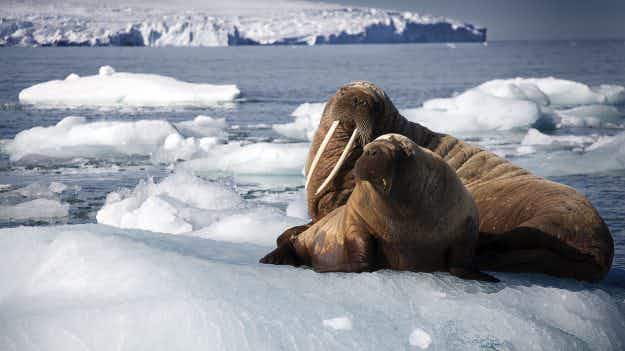 David Attenborough is set to return with Blue Planet II…

You can now get married (and fed) in a Taco…