The world’s oldest international sporting championship, the America’s Cup, is returning to New York City on 7 and 8 May for the first time in almost a century.

The event is a warm up for the America’s Cup race which will be held in Bermuda next year. There will be race festivities throughout the weekend, including music performances as well as big screens set up to watch the race. The races will take place in New York Harbor and around Lower Manhattan. Six countries ­– Britain, France, Japan, New Zealand, Sweden, and the United States – will compete in the preliminary races this weekend, ahead of next year’s 35th America’s Cup, which is held every four years. The race is thrilling to watch, as boats with 70-foot-high masts and 45 feet long dart about the Hudson River. The races are free and open to the public.  The competition will be from 2 to 2:30pm on Saturday and Sunday, rain or shine.

The Brookfield Place Waterfront Plaza is the place to go to watch the race on land, as it is hosting a free event village this weekend from 11am to 6pm on Saturday and Sunday.  The Bermuda Tourism Authority is hosting a lounge for public viewings of the race. There will be a Moet Champagne Bar and rum-maker Gosling’s will also host a bar. If you want to kit yourself out in America’s Cup gear, there will be stores selling official team gear and sailing accessories.

Prefer to watch the race from New Jersey? Liberty State Park will provide views up to the Jersey City waterfront. With your own boat you can watch the race aboard your own vessel for free. Just register here. If you want to really push the boat out and enjoy yourself, some Manhattan hotels are running weekend specials for guests, including The Maritime Hotel in West Chelsea and The Quin in Midtown. Perks range from free Sperry gear to nautical-themed cocktails to special viewing access aboard the Tall Ship Clipper City.

Cambodia bans cars near Angkor Wat to protect the centuries-old… 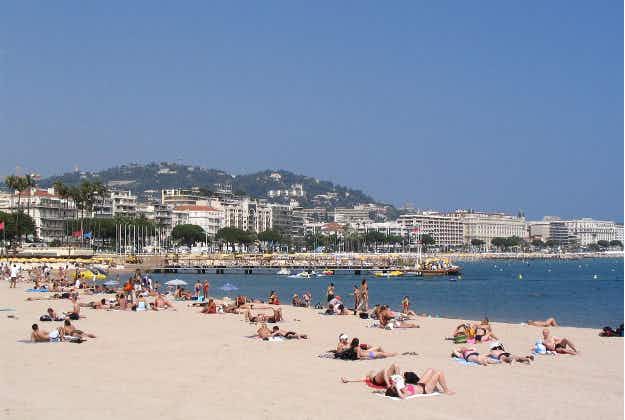 Top 10 best places in the world to go for…