To tip or not to tip? 30% of Americans say they don’t tip hotel staff

Whether to tip certain hotel staff can cause confusion among many guests – and 30% of Americans say they don’t leave a tip for anyone at all during their stay.

According to Expedia’s 2016 hotel etiquette study, nearly a third of Americans don't tip hotel staff. Of those who decide to leave a tip, about 46% leave some money for the housekeeper, 40% tip a room service attendance, 30% tip a valet, and 20% tip the porter.

More than 1000 people were surveyed in the hotel etiquette study, which also looked at what features and amenities travellers like in a hotel, and how they behave once they get there.

Leaving a paltry – or non-existent – tip is not the only behaviours Americans own up to in the survey. About 24% of guests admitted to “hoarding” toiletries to take home with them, while 11% have let more people stay in the room without notifying the hotel, and 10% have nipped something from their room.

However, those are minor hotel infractions and Americans are generally not getting up to anything too mischievous while on holiday. Only 4% say they’ve smoked in a non-smoking room and 3% say they have deliberately listened in on neighbours.

Travellers want Wi-Fi over location in a hotel. Image by The Next Web Photos / CC BY 2.0

And while hotel tipping may be divisive, guests do agree on the need for hotels to supply free Wi-Fi, with 97% noting they believe a connection should be complimentary. It’s also a major factor when it comes to picking a hotel. While price is still the main concern when choosing a hotel (73% rate it as very important), complimentary Wi-Fi came in second (63%), ahead of location (61%) and reviews (43%).

Respondents also ranked the behaviours from fellow hotel guests that bother them the most. For the second year in a row, they ranked at inattentive parents as the worst offenders at 72%. People were also bothered by those who make noise in the hallways (69%), people making too much noise in their rooms (59%) and complainers (53%).

After 21 years, one man has repaired every lighthouse in… 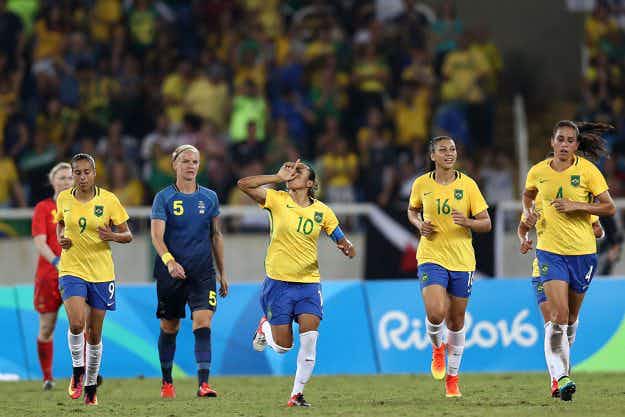 Brazilian soccer fans make their own No. 10 Marta jerseys…