Time was when the little TV screen on the back of an airline seat was the height of cutting edge technology.  But now American Airlines' new fleet of 100 jets will come without screens on the back of seats.

Seat-back screens will soon become a thing of the past. Image by James Willamor / CC BY-SA 2.0

The one-time in-flight entertainment is no longer seen as a requirement on flights, with most passengers opting to use their own laptops or devices on their journey. The company is, instead, providing passengers with a strong Wi-Fi connection and "free streaming of high-quality movies and music" on all US domestic flights. The airline is promising onboard Wi-Fi connection “from gate to gate”.

“More than 90% of our passengers already bring a device or screen with them when they fly,” according to an airline statement. “It makes sense for American to focus on giving customers the best entertainment and fast connection options rather than installing seat-back monitors that will be obsolete within a few years. Every customer with a phone, tablet or laptop will be able to watch free movies and TV shows from our extensive on-board library, as well as free live television channels, all without purchasing an in-flight internet connection," the statement explains.  The airline will continuing to make jets with seat back screens for their international flights.

90% of passengers are said to bring their own devices on board flights. Image by Getty Images

American is not the first airline to phase out the seat-back screens. In 2014, United launched a fleet of carriers without the in-flight entertainment screens. Airlines have noted that the screens are an additional expense not only to manufacture, but also for added fuel costs, as the extra weight means airlines have to carry more fuel. This is the second cost-saving measure from the company in as many weeks. Last week the airline announced that it will be selling cheaper plane tickets for passengers who opt to travel without using the overhead space on flights. 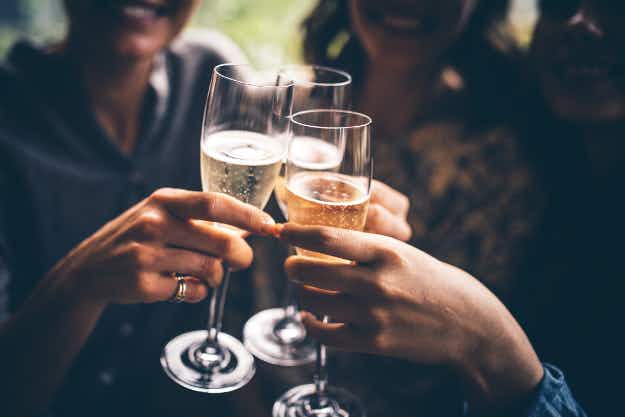 Love a glass of bubbly? A prosecco festival is coming…