With summer here people around the US are heading to the beach – but where is America’s favourite place to soak up some sun? The recreational information hub Tipspoke recently conducted research to find out which beach is best, according to the American public.

Myrtle Beach in South Carolina, the famous coastal destination that draws in a huge number of tourists for the summer season, was at the top of the list for anyone dreaming of a beach vacation. While a South Carolina beach took the top spot, the top ten was heavy on Florida destinations, including Miami Beach, Clearwater, Destin, Daytona, Siesta Key, and Cocoa Beach in second through seventh place. The list was rounded out with the California destinations of Venice Beach and Huntington Beach in eighth and ninth.

The tenth place spot had a four-way tie, with Jones Beach in New York, Malibu and Newport beaches in in California and Panama City Beach in Florida. According to Tipspoke, the survey is “uniquely unbiased and representative of popular opinion” as it was conducted randomly using Google Consumer Surveys and did not offer a list from which people could choose, but instead allowed for people to write in their favourite beach. While the research is based on what the general public thinks, one beach expert’s top spot is found somewhere that did not even make the public’s list.

Oahu’s Hanauma Bay  in Hawaii was named the number one beach in the US in a top ten list from Florida International University coastal expert Dr Stephen Leatherman, also known as Dr Beach. Leatherman makes his choices based on water and sand quality, beach safety, the beach’s waves and even whether the beach allows smoking. The Hanauma Bay Nature Preserve is described by Leatherman as a “stunning white sand and coral beach enclosed in a breached volcano”. 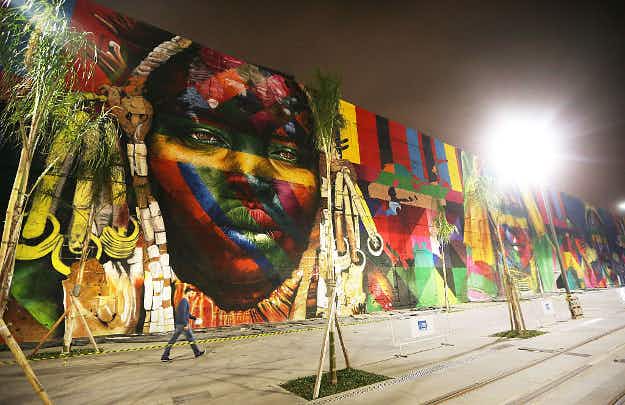 Brazilian street artist is set to break a world record…