The biggest ever haul of Viking gold in Denmark has been discovered by three amateur archaeologists.

The trio, who call themselves ‘Team Rainbow Power,’ unearthed seven Viking age bracelets - six gold and one silver - while digging in a field near Vejen Municipality in Jutland.  The treasure trove has a combined weight of 900 grams and is understood to date back to around the year 900, according to experts. The Local reports that the team had only begun searching when, within minutes, they literally struck gold. One Team Rainbow Power member, Marie Aagaard Larsen, said she had been working for about ten minutes when they came upon the buried treasure

After finding the first bracelet, it was almost unreal when the others were discovered, she said. Once they had found three rings, the group decided to get professional back up. They contacted Lars Grundvad from Sønderskov Museum who also admitted that he was blown away by what they had found. He said that they had often talked in the museum about checking out the area with metal detectors to follow up on a 67-gram gold chain discovered there 105 years ago. It would have been beyond belief that amateur archaeologists could find these seven bracelets from the Viking Age,” he stressed. Mr Grundvad said that it was probable that a chain uncovered a century ago in the same location was part of the same treasure trove.

Two of the newly-founded bracelets were made in the so-called Jelling style that is associated with elite members of society during the Viking Age. He believes they may have been used by leaders to reward faithful followers. Sønderskov Museum hopes to put the find on show before it goes to the National Museum in Copenhagen for further study.

Introducing the Doughrito, California’s heart-stopping breakfast of a doughnut INSIDE… 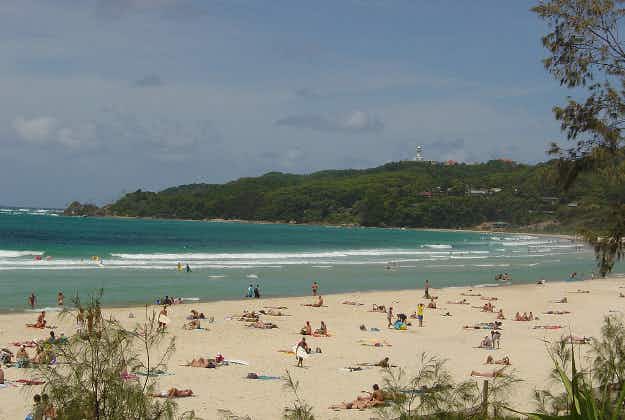