Most people dream of exploring Moscow’s and St Petersburg’s urban highlights, but a Russian entrepreneur believes that travellers can help bring forgotten Russian towns and villages back to life and inspire the locals to take matters into their own hands. That’s how Altourism was born.

From a tiny Russian town herself, Katia Zatuliveter became a typical big-city worker with a fixed-hours office job who travelled abroad for holidays. But whenever she visited Russia's smaller towns and villages, often stricken by poverty and lack of jobs, she couldn't stop thinking of ways to make things better. With a degree in conflict resolution, Zatuliveter decided to use her knowledge and experience for the benefit of her country.

These holidaymakers won't be lying on a beach this time. Image by Altourism

Those who book Altourism tours don't get to stay in comfy hotels or leisurely tour local attractions. They come to work voluntarily, from two to seven days - cleaning up garbage, renovating historical buildings, building art objects, helping craftsmen and learning useful skills, all while rediscovering their country.

Fun is still to be had even though there is work to be done. Image by Altourism

Alternative tourism, in Zatuliveter's words, is when people who care decide to take a break from their mundane big-city routines and contribute to their community while travelling. She finds small-town activists and builds her trips around their projects. It could be anything - from restoration of an ancient Russian house to making colourful benches for the neighbourhood. "Often all people need is to see that someone believes in them, in their ideas. Each trip not only helps complete a project, but also draws the attention of the locals, gets them interested and involved", Katia says.

Altourism is aiming to change lives in Russia. Image by Altourism

She's excited to work with foreign guests as well as Russian - Altourism has already welcomed many international visitors. For those more interested in the cultural aspect, Zatuliveter plans to introduce special trips without the hands-on work. She also started forming teams in big cities to expand the project, which proved to leave an impact on Russian regions. "In Oshenevsk local weavers became confident that their trade was worth something, and started selling their products; local youngsters got interested in the craft. In the town of Tutaev there's a whole range of projects now, three years since we came there - they're building a park on the bank of the Volga river, restoring the town's oldest building. Multiple families moved there from big cities when they learned about the town's progress", recalls Katia. "And it's rewarding: more than half of our ‘altourists’ come back to do more". 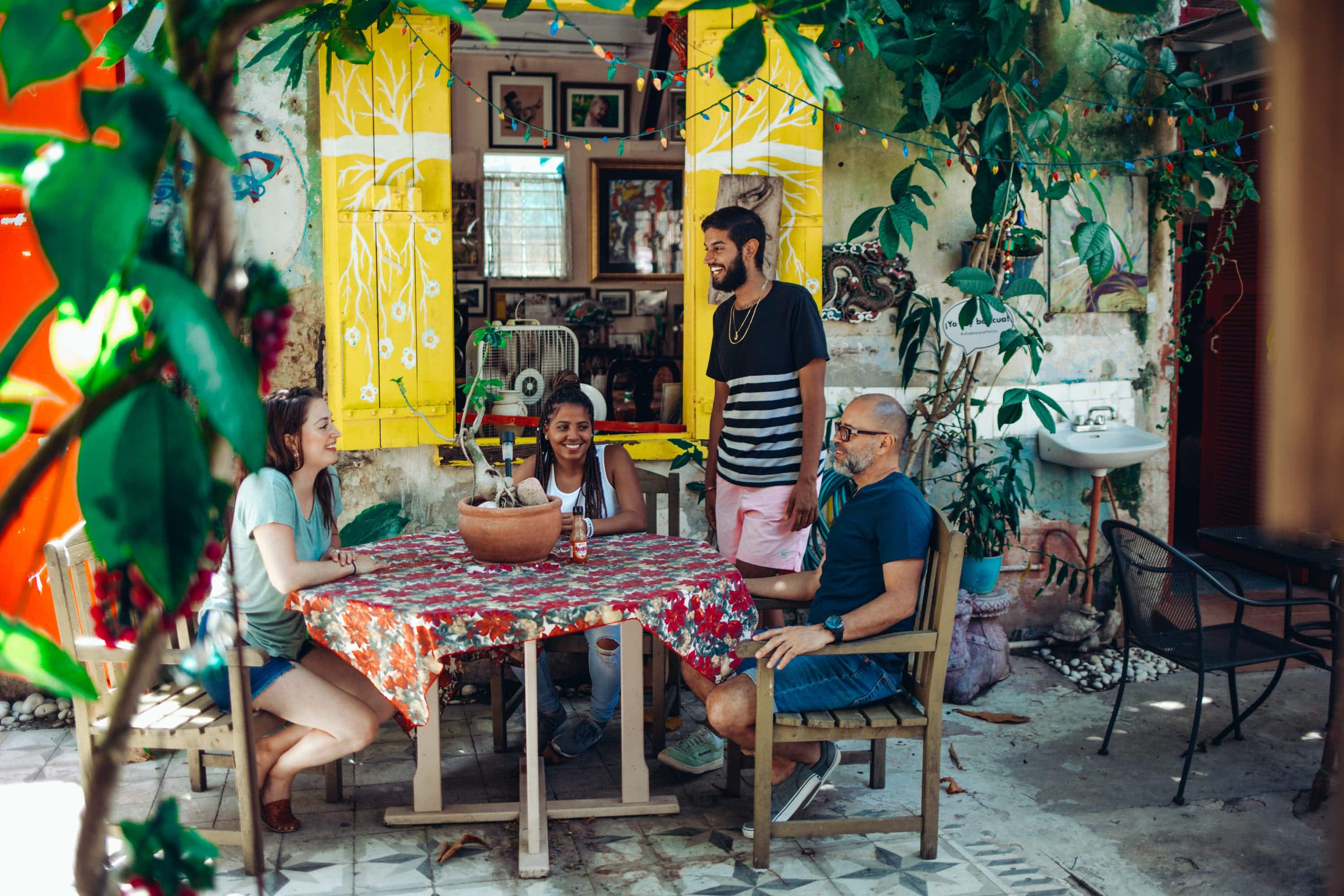 Try a rainforest slide or climb a palm tree to…