A series of stunning images that show the bright city lights of London at night have been shared by an aerial photographer, showcasing a selection of famous landmarks in a unique and captivating way.

The project is called Lights of London, and was created by Timo Lieber, a London based aerial and landscape photographer who took the pictures while hanging out of a helicopter high above the city. Taken throughout the year at different times, some of the winter shoots saw Timo at times having to battle freezing temperatures to get his shots. The photographs offer a different perspective on well-known sites, showing the beauty of the city by night.

“I needed special permission to fly to all of the locations above central London at night and was required to use a fairly large, twin-engined helicopter for safety. During the flight my pilot was in constant dialogue with air traffic control to make sure they knew what we were up to. We managed to fly directly over Buckingham Palace. I would have loved to fly much higher above the city, however, when you have several planes flying right above you approaching Heathrow, it’s clearly not the best idea,” Timo said.

Famous landmarks can be seen from new and unique angles in the photographs, including Hyde Park, Oxford Circus, The London Eye, Big Ben and The Shard. Timo had to wait several weeks to find the perfect conditions for shoots that offered clear visibility and appropriate weather.

“I find aerial photography spectacular, not only because it showcases our world from a unique vantage point but also in how resulting photographs demand attention and inspire interpretation. I want people to be in awe of London. It is such a vibrant and exciting place, with very different faces depending on which part of town you go to - I wanted to show it from a different angle,” Timo said.

Other work by Timo includes untouched landscapes ranging from the Arctic Circle to remote deserts, while his newer projects focus on exploring human interaction with nature and the complexity of its impact. More of Timo’s work is available to view on his website and Instagram. 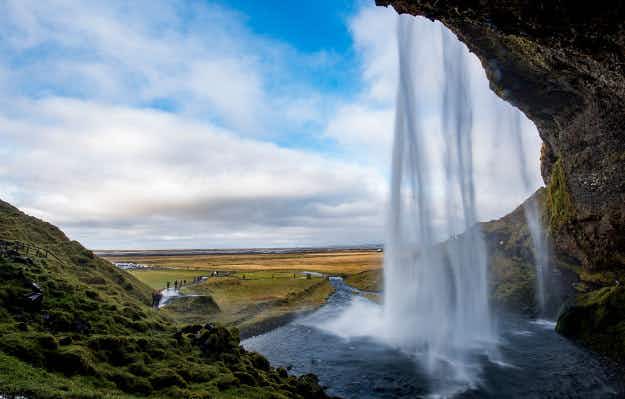 Iceland set to have more US tourists than actual residents…