It wasn’t exactly Riverdance but it was a decent version of it when Irish dancing took to the skies on an Aer Lingus transatlantic flight. 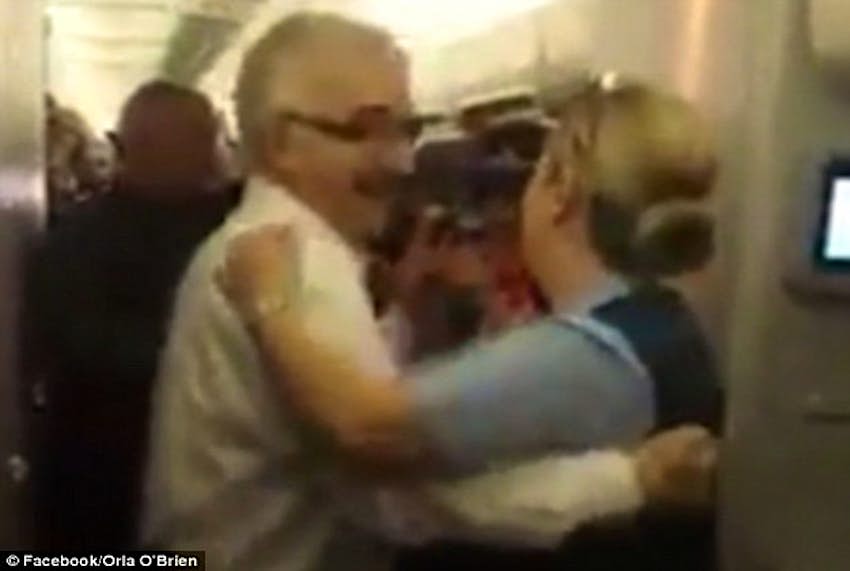 The passengers - if not the plane - were rocking when a traditional dancing aficionado and a stewardess performed a spontaneous Irish jig in mid-air.

A traditional Irish music band on board had begun to play to pass the time when air hostess Orla O’Brien got into the spirit of the moment and began dancing with the male passenger.

The airplane hooley went viral when it was later posted on social media and already the video of the pair dancing has had over 21,000 hits.

The MailOnline reports that the video which was posted also highlighted the music provided by the band which was warmly applauded.

The cabin caper drew a number of compliments for the stewardess with one post saying; 'so that’s what you get up to in the clouds'.

Another light-hearted comment wondered if there was a new section on Aer Lingus’ website where you could book a traditional session on a flight?

The Irish Mirror reported that Orla, from County Clare, certainly went the extra mile to ensure her passengers enjoyed themselves.

Recently rock band Kodaline surprised crew and passenger on an Aer Lingus flight by starting up an impromptu session while journeying across the Atlantic.

16 unique things to do in Hanoi

10 must-do things on your trip to Milwaukee

Do you need a visa to go to Turkey?

10 unmissable places to visit in Wales